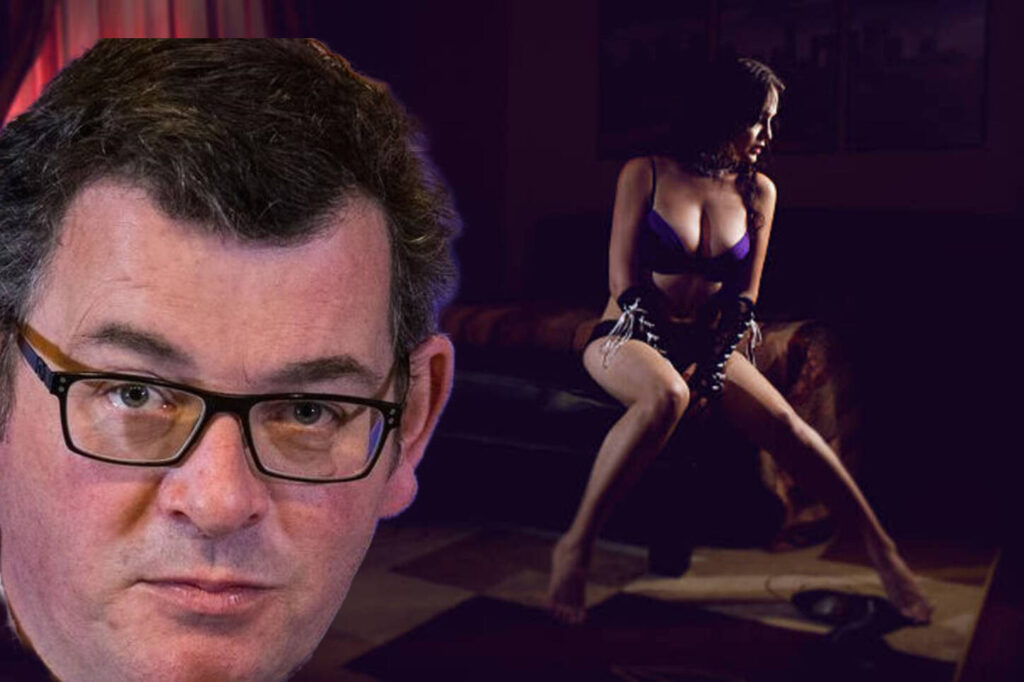 In the catalogue of truly terrible ideas put forth by the corrupt and compromised Daniel Andrews regime in Victoria, the planned deregulation of prostitution stands out as the most egregious to date.

When Andrews courted the collective of political misfits and the Greens who hold the balance of power in the Victorian Legislative Council, to gain parliamentary approval for his COVID-19 pandemic health measures, we all suspected that there would be a quid-pro-quo.

As is customary for the Victorian ALP, the negotiations were shrouded in secrecy, but given the extreme positions held by the participating MLCs, a list of crazy demands was suspected to be on the table.

By late 2021 the nature of the trade-off was beginning to take shape, reports emerged indicating that the total de-regulation of prostitution in Victoria was on the cards, that the recommendations contained in the secret report of the committee investigating the issue, chaired by Reason party chair Fiona Patten, were to be implemented.

In February 2022 the Sex Work Discrimination Bill 2021 was signed into law which resulted in the scrapping of all prostitution offences beginning on March 1st of the same year and culminating in the de-regulation of the industry from December 2023.

On the face of it, this seems like a stupid idea, for reasons we will explore presently, but worse is to come, it seems that communities are likely to be stripped of any means to prevent sex-based businesses from proliferating in their suburbs; it has been revealed by proponents of the bill that the anti-discrimination act will be expanded to silence any objection to commercial prostitution by residents or city councils.

Prostitution under the previous regime of legally registered brothels, which were required to comply with certain standards under health and planning laws had been undermined in recent years by the explosion of illegal operators, the Asian model of a brutal sex trade barely obscured by allusions to “relaxation massage”, “hairdressers” or “health spas” has arrived with the massive influx of migrants from that region.

The suburbs are already chock full of dodgy knocking shops, full of scrawny women trafficked from Thailand and even poorer areas of the world, most likely trapped in some grim form of debt bondage or sold outright to the traffickers by their kin.

This is the present reality, the future can only be worse since the “progressive” new bill scraps all checks and balances, including health checks for brothel inmates and will allow these legalised copulation sweatshops to obtain liquor licences.

This sounds like a gangster’s paradise since it legitimises the whole menagerie of pimps, thugs, drug pushers and slavers who make up the submerged ecosystem of the sex trade.

Unregulated brothels are also a money launderer’s dream, uncounted billions in hot money are probably already passing through the massage parlours, which seem to spring up on suburban streets like mushrooms after the autumn rains.

These profoundly negative consequences are noted even before we get into the nasty aspects of the trade and its effect on the women who are lured in out of desperation or the lure of a quick buck. There are no provisions for government-run welfare and rehabilitation services nor a stated priority of helping prostitutes come off the game NGOs that deal with the negative fallout from the sex trade were ignored during the consultation process which informed the parliamentary report.

There will probably be a revamped licencing squad and a crackdown once the inevitable happens and there is some ghastly murder of a hooker, a fatal fire in a rickety brothel or a child prostitution scandal. As any parent knows, the police are worse than useless when it comes to monitoring licensed venues, every savvy 15-year-old knows of a dance club run by criminals where they won’t be asked for identification at the door and can score drugs with ease, the brothels will be even easier.

Where are we heading? Is sex going to become just another alternative currency, like Bitcoin? Will it be acceptable for a landlord to offer accommodation in return for sexual favours, or for an employer to demand that certain acts be performed as part of a worker’s wages?

The idea among progressives seems to be that deregulation somehow puts the power over sex as a medium of exchange in the hands of the prostitutes, which is a silly notion born out of bourgeois sensibilities and their image, drawn from fiction, of the common whore as some sort of elegant, witty courtesan who is in control of her fate.

This is rarely the case and is simply a way for middle-class twits to cope with their hypocrisy on the issue of commercial sex and, as ever, delude themselves that a vote for “progressives” really will lead to progress.

For people who have never rubbed shoulders with gangsters or seen a real oppressed worker, much less a slave, it must be hard to imagine that deregulation of prostitution could lead to anything but some antipodean version of Moulin Rouge. Let me assure those gentle folk that opportunities for class tourism and slumming it in houses of ill repute will be many as we lurch back into a night-time economy worthy of the last days of Rome.