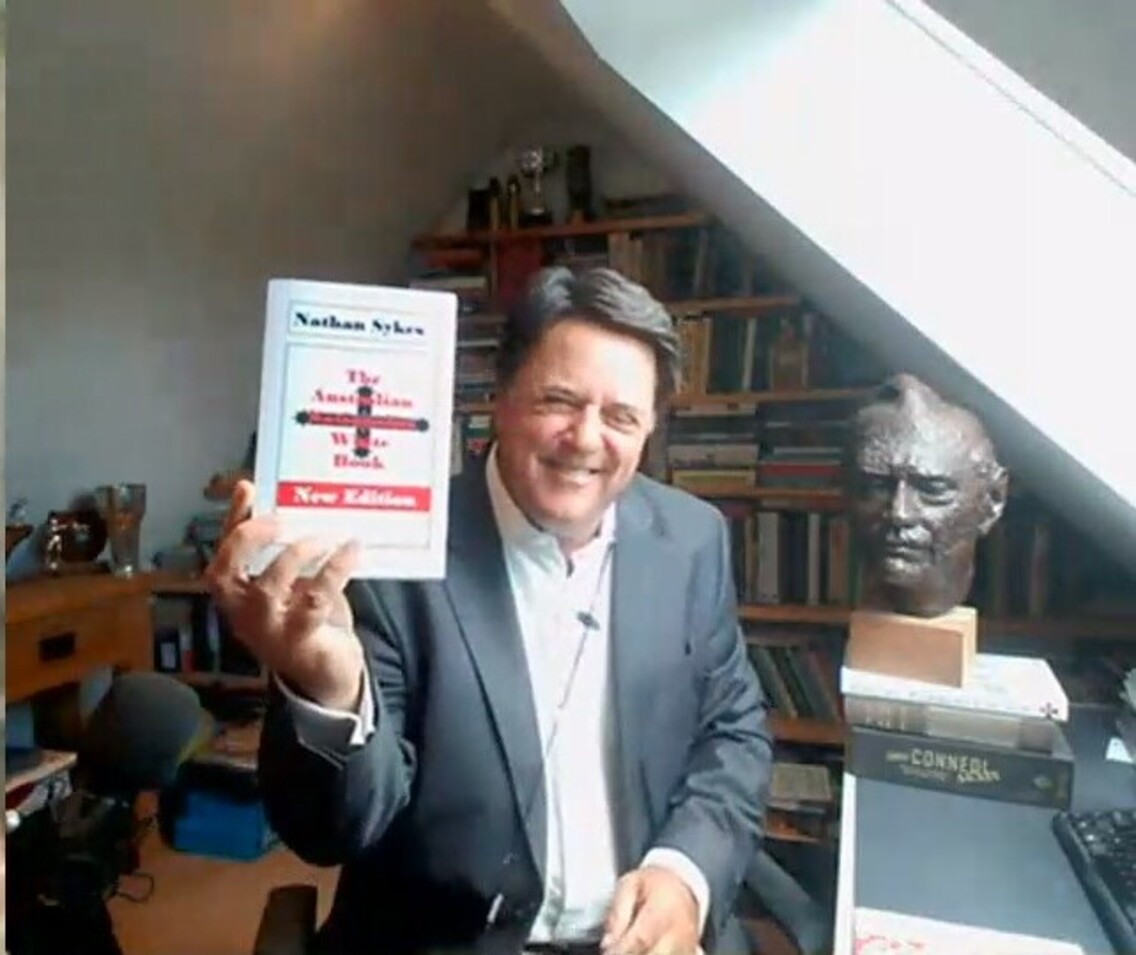 In this interview, New Australian Bulletin hosts nationalist royalty from the old world to down under.

Nick and Jim discuss Ukraine and the great reset. Are they connected and what will be their impact, not just on the world, but on nationalism in our countries? Two great minds come together, and this is one of the most important videos you will see about the state of the world under the control of the oligarchs.

Nick Griffin is a living legend of England’s nationalist movement. The man’s experience speaks for itself. Having joined the flourishing nationalist-minded movement of the 1970s into the late 1990s he became the leader of the British National Party (BNP). Nick held that position until parting ways in 2014 over the BNP’s change of character. He has since continued the struggle, joining the Alliance for Pace and Freedom as its vice-chairman.

Dr Jim Saleam’s lineage parallels that of his friend. Having joined Australia’s nationalist movement in the 1970s, he went on to establish National Action (Australia) in the 1980s. Pursued by the corrupt Special Branch and ASIO, Jim Saleam was convicted on false charges and imprisoned for four years. He has not stopped fighting for Australian independence, and in the mid-2000s was elected chairman of The Australia First Party, founded by the late Graham Campbell in 1996.

Nick Griffin’s books are available at the following links:

The handbook on how to survive, fight back and defeat THE GREAT REPLACEMENT and the Culture War being waged against the Christian West. This book is for men, fighters, serious Christians, and committed patriots. It is NOT suitable for kids, neocons, or keyboard activists. This IS the book of the “Coming Revolution”.

Deus Vult Reconquista of the West

The sequel to our Deus Vult Series! We are entering the darkest period in the history of Christendom. Lockdowns, economic collapse, censorship, and the emerging police state will change the lives of everyone you know. Learn the tools and tactics you will need to employ to ensure your family’s survival.

A frank and brave discussion about Australian nationalism: where it came from, what it means, and why it is needed. The White Book examines the many areas that affect national identity, challenges globalist dogma, and asks questions about the individual and the state. Perhaps the most wide-ranging reflection on Australian nationalism in modern times. As the Great Reset looms in western society, the book defines Australian identity and highlights the threat to the existence of the Australian people taking place under the guise of COVID-19.