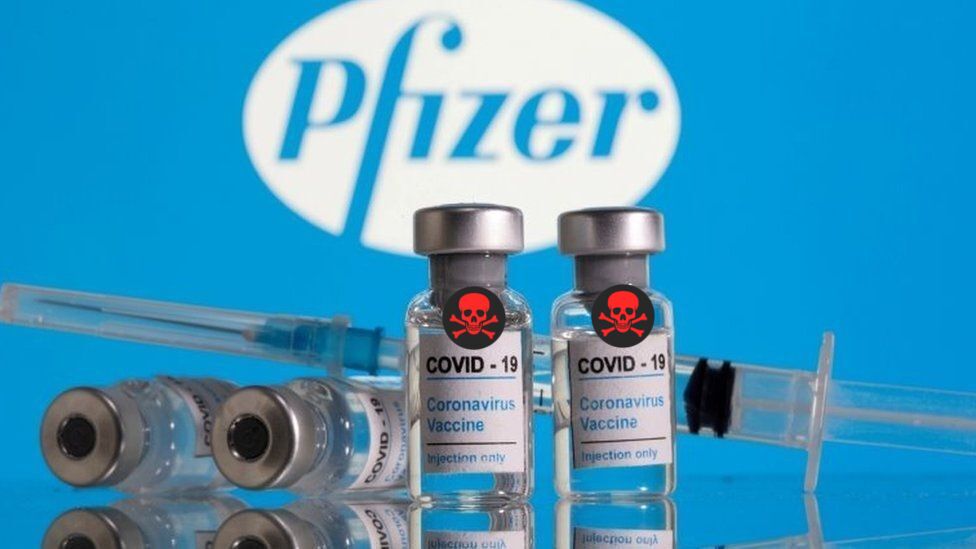 An investigative article in England’s prestigious British Medical Journal has revealed the many failures of the pharmaceutical giant Pfizer in its outsourcing of COVID-19 vaccine testing, casting doubts on the efficacy of its vaccine.

The story — published on November 2 — derives from the revelations of a former regional director employed at the Ventavia Group, a company in Texas that conducts controlled testing for the clinical trial industry. Ventavia fired Brook Jackson after she emailed the American Food and Drug Administration (FDA) with the staff’s concerns about the maladministration of the tests and data.

Jackson is a trained clinical trial auditor. All told, she has 20 years of experience in clinical research coordination and management. She was employed for just two weeks at Ventavia during the pivotal phase III trials in September 2020.

Jackson informed the BMJ of repeatedly raising concerns about mismanagement of the laboratory, patient safety, and falsified data. However, she went to the BMJ with more than just her word: she brought evidence cited by the journalist.

Realising that her concerns were falling on deaf ears, Jackson documented issues, took photos, retrieved emails and recorded a September meeting between her and two executives.

One incident of sloppiness that Jackson captured on her phone was images of syringes inappropriately disposed of in a plastic biohazard bag rather than in a sharps’ container box. In another, packaging labelled with the identification numbers of the trial participants was left out in plain view, potentially “unblinding” patients, meaning that those involved in the trials would know whether they were receiving Pfizer’s vaccine or a placebo. Instead of reacting to her concerns, executives later grilled Jackson about why she was photographing the trial area.

The staff took little care with blinding participants at a higher level. According to Jackson, “…drug assignment confirmation printouts were being left in participants’ charts, accessible to blinded personnel.”

Executives were all aware of the problems with the trial. In a recording obtained by Jackson — and heard by the BMJ — an executive says, “In my mind, it’s something new every day… We know that it’s significant.”

Knowing the magnitude of the problem and doing something about it are two different things. Ventavia opted for the three-blind-monkeys response. Nevertheless, this also created trouble. Ventavia’s contract partner for the trials ICON highlighted poor data entry practices.

In September 2020, ICON sent Ventavia a reminder email, stating, “The expectation for this study is that all queries are addressed within 24 hours.” ICON went on to detail over 100 outstanding queries, many of a serious nature. Two examples included participants experiencing negative reactions: “Subject has reported with Severe symptoms/reactions … Per protocol, subjects experiencing Grade 3 local reactions should be contacted. Please confirm if an UNPLANNED CONTACT was made and update the corresponding form as appropriate.”

Protocol required that the trial subject be contacted by phone “to ascertain further details and determine whether a site visit is clinically indicated.”

Ventavia did not share ICON’s fastidiousness for quality control. Nevertheless, they set about rectifying the data issues, but the problems were insurmountable.

The difficulties began registering after the trial started in August 2020, before Jackson’s employment. A list of “action items” had been building and executives identified three staff members who were fudging data and cooking their e-diaries.

Ventavia was concerned less about the lack of their efficiency and more about whether the FDA might show up.

An executive emphasised this concern during a meeting where Jackson was present, saying, “We’re going to get some kind of letter of information at least when the FDA gets here … know it.”

Jackson contacted the FDA the following day, September 25, and blew the whistle on the debacle over at Ventavia before notifying the agency of her actions. Her dismissal was immediate with her separation certificate stamped, “not a good fit.” Jackson had never been fired before.

In her email to the FDA, Jackson indicated Ventavia recruited over 1000 subjects in its trials spread across three sites. The trial enlisted 44,000 subjects in total across 153 sites.

The BMJ listed her concerns as:

Despite her faith in the FDA to follow up on her concerns, they eventually offered a standard reply that they could not comment on any investigation. In this case, that was understandable, given none took place.

In the subsequent meeting between Pfizer and the FDA, there was no mention of the problems at Ventavia. The following day — December 10, 2020 — the FDA approved the drug.

In the information revealed by the FDA about the sites that operated the clinical trials, Ventavia’s were not listed. However, the FDA doubtless used their dodgy data in its final approval.

We link to the BMJ article below, which covers the matter in greater detail, and reports on the accounts of other Ventavia employees.

The fact that the Pfizer trials were conducted under such shabby conditions, and none of the agencies up the chain cared enough about these concerning reports, suggests the process was a fait accompli.

Now, of course, jobs are on the line, freedoms are restricted, and the world is being told to take this vaccine or else. Those staunchly opposing it on whatever grounds are pariahs.

As Johnny Rotten said, “Ever get the feeling you’re being cheated?” ■