THE TRUSTED DIGITAL IDENTITY BILL IS NOT TO BE TRUSTED 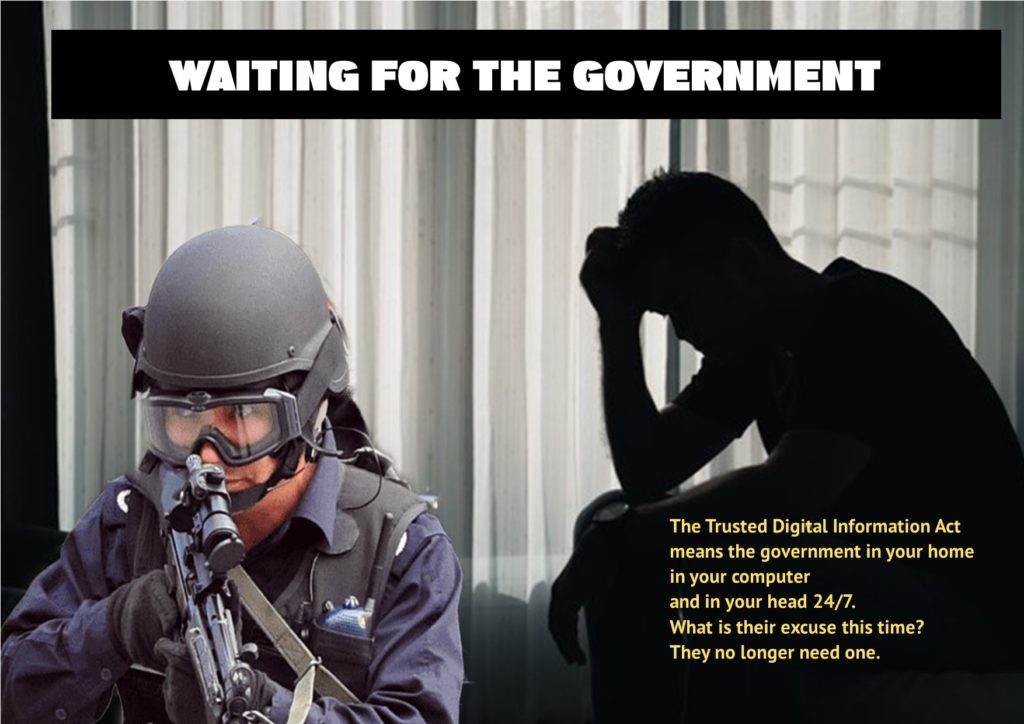 Nothing is simple about the Trusted Digital Identity Bill. Moreover, it is not simple for a reason, because everyone would understand it if it was. However, the simple question is, should we trust it? The simple answer is, not on your life. We shouldn’t trust the speed they want to rush it through, we shouldn’t trust the complex wording and the vagueness. Frankly, if the people do not propose it, do not trust it. The idea of elected representatives has had its day and this bill is a very good reason why. Our representatives do not represent us but act as a global entity.

Nothing happening during this Great Reset epoch should be trusted, especially not the Trusted Digital Identity Bill. This is very much a component of that global transformation.

Digital Identity is just that, the centralising of each individual’s identification into a unique digital ID.

As with digital technology itself, the concept of Digital ID involves convergence. Every citizen’s ID converges into an app or government portal (like My Gov) that can be then used wherever. Yes, it can be used wherever and by whoever in the government wishes. For instance, to confirm one’s identity, a “selfie” is required to match against existing photo identification. That makes it ‘simple’ for the [global] government to then register us for digital facial recognition that, theoretically, can be matched anywhere in the world where the technology allows.

In principle, this paves the way for micro-sizing future ID into a chip implanted into the body, probably while having one’s 500th COVID booster shot.

The selling points to us, laughably, are that we can prove who we are anywhere at any time. Why exactly we desire this is not made clear since authenticated ID should only be required when transacting or authorising for matters we have covered anyway. We are already identified for banking and online transactions etc. Driver’s licenses are already available on our phones and, while it can be said that concentrating all one’s cards into a single universal pass is efficient that efficiency disguises its true value to governments. And it does nothing to allay fears about identity theft regardless of how many paragraphs might cover that concern.

Privacy is sacrificed for security, but not so much for individual security, as for the benefit of security agencies. Speaking plainly, this is about governance and control. Total control.

In the Exposure Draft for the Trusted Identity Bill, we are bombarded with ambiguous text. We are told, for instance, that it will “facilitate economic benefits”, but that is fallacious. They give no examples of how. It says that this will “reduce the burdens on [the] Australian economy.” What does that mean? So far, the biggest burden on the Australian economy is the Australian government.

The Act extends to all territories so this will abolish state-centric identification further centralising our information. Yet, the draft also acknowledges that Act “have effect in relation to acts, omissions, matter and things outside Australian subject to: This Act, and the Regulatory Powers Act as it applies in relation to this Act, have effect in relation to acts, omissions, matters and things outside Australia subject to (a) the obligations of Australia under international law, including  obligations under any international agreement binding on Australia; and (b) any law of the Commonwealth giving effect to such an agreement.”

This means that the ID is not only national but international. It is that very thing proposed at Davos by the billionaires, oligarchs, and corporations – the abandonment of nation-states and their borders into an Orwellian surveillance world. The politicians are out of control and are now subscribing us, without consultation, to a global cabal. And “we” as individuals are not part of that, we are subject “to” it. There is a distinction.

This Bill gives the duplicitous spooks from ASIO the power to log onto our social media and other online assets and reword anything contrary. They will be able to fiddle with our profiles, effectively providing government-mandated gaslighting of difficult individuals. Given their form to date, they will hire agents from the far-left with connections to The Age to do the work for them.

For such a critical Bill, we hear very little. What’s more, we have hardly any time to do anything about it since the cut-off for submissions opposing the Bill are set for October 27 this year. As of this article, that is seven days from now.

Don’t bother trying to read the Act either, as it is a sedative. The eyes glaze over and the brain recoils at its convoluted legalise. That is by design. Tellingly, the simplified outline of the Act is omitted, and inserted are the words “to be drafted.” Yes, two hours before submissions are due no doubt, the equivalent to being on display in the bottom of a locked filing cabinet stuck in a disused lavatory with a sign on the door saying ‘Beware of the Leopard.”

The sleight of hand is in the use of nomenclature such as adverse or qualified security assessment who may be subject to suspension by the Minister from onboard to the digital identity system. Does this mean, un-personing someone? Consider that for a moment, that would freeze a person’s ability to buy or sell or even enter an approved setting. Effectively, they could starve a person. Insidious stuff all right.

Another consummate deception is in the use of the word “voluntary”, given that none of it is. It is a voluntary system except where it is not. It is about as voluntary as the vaccination is. You are free not to get the vaccine, in which case, according to the definition of “freedom” in the consumerist sense, you are not free.

That says a lot anyway since ‘freedom’ from lockdown means that if you have any money left after lockdown you can spend it in a café, pub, restaurant or buying “non-essential” goods. That’s a very small carrot indeed. How long can one sit in a café to enjoy their ‘freedom’? It is a sham illustrated perfectly by the brainless hedonists who headed directly to the nightclubs to gyrate and zonk themselves out on synthetic drugs in a lead-up to sordid carnal encounters with equally ditzy covid-compliant shells.

And 31 is a neat paragraph because it makes a bamboozling reference to the “storing, holding, handling or transferring of digital information outside Australia.” Of course, they will argue that this simply refers to the international digital passport which you can synchronise with your TDI. Hmmm. To us, it means that you can be pinged overseas wherever you go, and your data will be available to foreign spook networks.

There is also, we must mention, a foreshadowing of a digital sector that will “flourish” with the TDI due to its “interoperability”, a word used 12 times in the document. Whatever economic savings are mooted to be made from the introduction of this scheme will be balanced by the outsourcing of this ‘handling’ to newcomer digital operators doing god-knows-what.

Only one reasonable response exists to this, and it is to just say NO. Not that it will matter because we are past the stage of democratic impediments like choice, since a voting MP has a “mandate” to enact sinister programs by dint of the fact they were ‘voted’ in to begin with. ■

THE COMING CULTURE WAR – PROUDLY BROUGHT TO YOU BY DIGITAL TECHNOLOGY