AUSTRALIA MUST STAY OUT OF ANY CONFLICT OVER TAIWAN 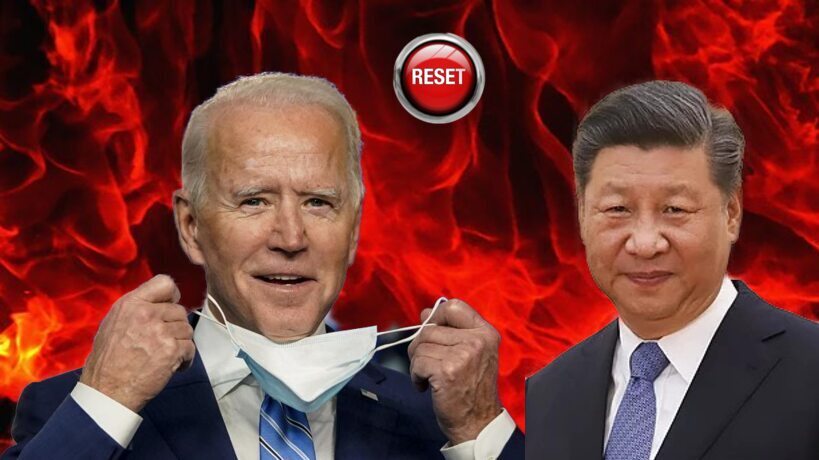 China has eyes on Taiwan, America has vowed to defend Taiwan, but America couldn’t protect a puppy.

We have witnessed how reliable America’s rescue adventures are. America tried to protect Vietnam from communism by propping up a corrupt regime. It ran out of there with its pants hanging down. America attempted to plant the seeds of its twisted democracy in the middle-east. Look how things turned out. In all cases, it seems they went in solely to source more refugees.

Australia has gullibly followed the US throughout this time. We have played the loyal ally. Why? What has it gotten us? More refugees, higher debt, and black eyes.

Those conservatives who inhabit the pages of The Australian waffle on about America’s prestige as if Joe Biden is not in total mental decline. They write their opinions as though they are oblivious that America is on the brink of a second civil war. At the same time, they want to whip up support for another catastrophic misadventure to safeguard the dubious ‘prestige’ of this horrible international monster and its cabal of Woke Zionist Billionaire Oligarchs.

By all accounts, Taiwan is a pretty nation. It has made things work. But there is no getting around its historical linkage to China. America says that it must be protected to preserve its functioning democratic system. Why? That hallowed democracy does not even exist in the countries that vow to defend it! Democracy is just a word in the west without any currency or distinction. The west is a lie as much as China.

Former PM Tony Abbott furiously peddled us the China Australia Free Trade Agreement (CHAFTA). That went well. Now he is running off to Taiwan as an ambassador for war, hoping to flog Australians yet another war.

Australia notoriously reneged on a bad deal with France to produce a fleet of conventional submarines. A new arrangement will instead see Australia acquire nuclear submarines from America. Or at least that is what we understand. As successive Australian governments mishandled the national military infrastructure, buying according to the needs of supporting America rather than defending Australia, nuclear submarines are a good idea. But under AUKUS, they are not touted for our defence but to join an alliance to contain China.

Frankly, we cannot trust either the US or China. Any acquisitions of an advanced military kind should be in the interests of Australian self-reliance.

That is not the thinking of avowed Americanophiles such as Abbott and all the others. They are Zionists at their core. Their steeped faith in a traditional western ideal blinds them to the reality of what constitutes the west today, and none of it is honourable. Either despite being a dyed-in-the-wool hard-line conservative or because of it, Abbott cannot see that America is advanced in decay. One would wish for assurance that, if they chose a foolhardy adventure, that the leader they follow is fit and strong. America is neither.

In the end, a rabble of ragheads ran the US out of Afghanistan as the imbecile in chief, Joe Biden, remarkably lauded them. Once again, the supposed might of America succumbed to a resistance that possessed what nobody in the US war machine could muster: willpower.

The Vietcong ate rat meat and crawled through tunnels while above ground US troops sipped Coke and puffed on hallucinogenic weed. The American grunt could not figure out why he was in Vietnam. He could repeat the slogans, but none of it made tangible sense.

Those who allied with the US were left to fend for themselves when Saigon fell. Likewise, those who aided the US during its abortive two-decade incursion into the graveyard of empires are now awaiting the arrival of the Taliban to string them up in the public square.

Afghanistan knocked the wind out of the USSR, and it’s sure left the US seeing stars.

Thanks to this debacle, the west now has to absorb hundreds of thousands of Afghan refugees. We would say they are not fit to live among us in a free society, but the west is no longer free and it is so balkanised along multicultural lines it hardly matters anymore.

One hardly needs to point out what will happen if we buy into an alliance to preserve American power in the region. We might as well decorate our houses in the Taiwanese style and move out now because a helluva lot of refugees will be heading our way.

Such a military contact is far from a certainty either. The myth of American invincibility is debunked, while the British are next to useless. It was just by sheer numbers they ever retained the Falklands.

Any peace negotiations will result in the US and China dividing Australia between them. We will find out what great allies they are when they suck whatever resources we have remaining and ship them back for their billionaire oligarchy to trade-off in the new Negroised South American province of the US. China will take our top half and goodbye Australia, all because we went all the way with the Zionist beast.

Maybe America will descend into civil war before then, who knows? The conspiracy that stole the Tump Presidency did so because it is in a furious hurry to impose the new economic world order along green lines. COVID-19 provided the opening. A war with China will achieve the oligarchs’ objective to depopulate the planet, but the lies of the Zionist-Industrial-Intelligence-Media-Tech complex are failing to fool Americans. Chants of Fuck Joe Biden are now a unified national expression of disgust at the corporate-socialist complex behind him.

All of this takes us to why America wants Taiwan to remain free, and it has nothing to do with its bogus democracy.

America and the rest of the world are reliant on Taiwan for its semiconductor technology. Taiwan is the world’s biggest manufacturer of semiconductors it holds a monopoly on their production. American military and tech producers are reliant on Taiwan as the lifeblood of their technology. If China gains control of Taiwan, it will have the US by its tech-reliant short-and-curlies.

Do we want to fight a war for the very substance of what has taken our freedoms? ■