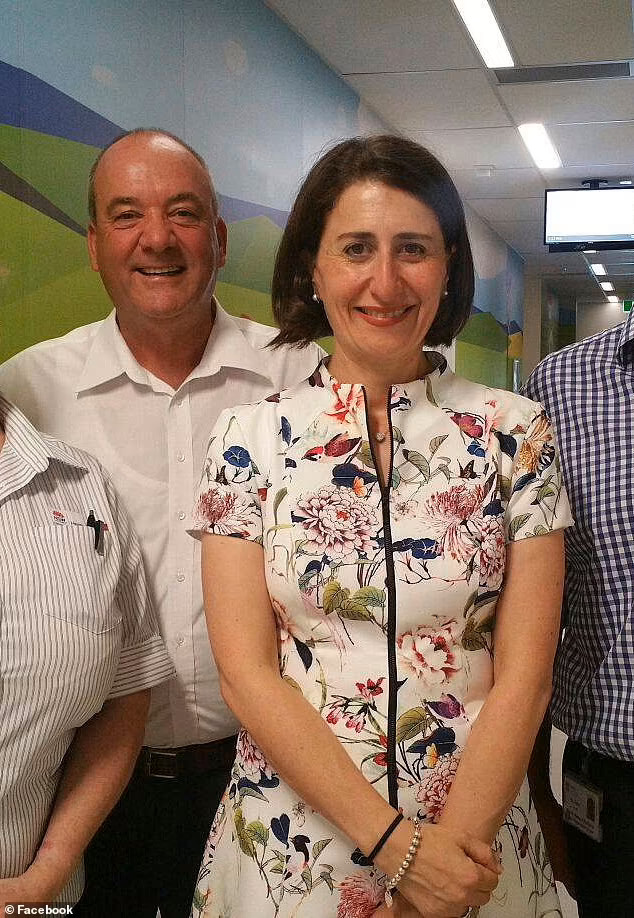 NSW Premier Gladys Berejiklian resigned today at 1 pm. The former lover of corrupt Wagga Wagga MP ‘Dirty Daryl’ Maguire did the state a favour and pulled the pin in the wake of questions about what occurred during their seedy relationship.

Her resignation comes as ICAC released a public statement on late Friday that it is investigating “historic” matters regarding her affair with Dirty Dazza and what shonky deals she facilitated on his behalf.

The fat is in the fire, but regardless of the rushed press conference today, Gladys maintains that she has always acted “with the highest level of integrity.” That is when she wasn’t rolling around on a bed of Chinese money with her bisexual beaux.

Berejiklian said that stepping aside was not an option for a Premier under investigation and that she must resign. Having enjoyed a whole year carrying on in her role despite not being beyond reproach over the ICAC scandal with her shonky ex, the heat finally became too much. Noticeably, she stopped making appearances at her daily COVID updates in light of persistent questioning by journalists.

One of the chief areas of inquiry for ICAC will be the $5.5m grant for a convention centre for the Australian Clay Shooting Society in Wagga Wagga. Gladys inked the deal while she was treasurer in 2016. Maguire pushed the project to garner local influence at the time. Ironically, the Society itself says it did not need such lavish facilities and cited the ridiculousness of the project when they revealed a scissor lift is required to change a lightbulb. More so, it needs special bulbs from one particular supplier.

Gladys and her time with the Riverina Rats [sic] will make juicy news since Daryl introduced her to a veritable mafia of shady local business types. We look forward to ICAC unearthing more fraud by the big-nosed Armenian freedom-hater.

NSW residents, reeling under restrictions imposed by Gulag Gladys, will no doubt be jumping for joy at the news. However, the worst may be yet to come. NSW Treasurer and Deputy Leader of the NSW Liberals, Domonic Perottet, is tipped to replace Gulag Gladys.

Perottet previously revered disgraced former Wagga Wagga MP Daryl Maguire, when he told NSW Parliament, “Long may he [Maguire] reign in Wagga Wagga.” This is the same Dazza who was done for accepting cash for visas in an immigration scam.

Ms Berejiklian appeared emotional as she farewelled NSW with a host of platitudes that are too boring to repeat but which you can catch in the mainstream media if masochism compels you to. The 51-year-old thanked the state but admitted “the state needs certainty”, which it wouldn’t have had with her facing a daily grilling on the stand about her sordid relationship with the grubbiest ex-politician in the country.

Indeed, the gist of her speech was that ICAC is the one at fault for disrupting the smooth running of the state during COVID by bringing up all this mess.

Gladys made it known she would not take questions from the media, but as the live feed was cut one journalist could be heard calling out, “So do you regret not reporting Daryl Maguire earlier?” Dead silence. What a wonderful note to end on. ■