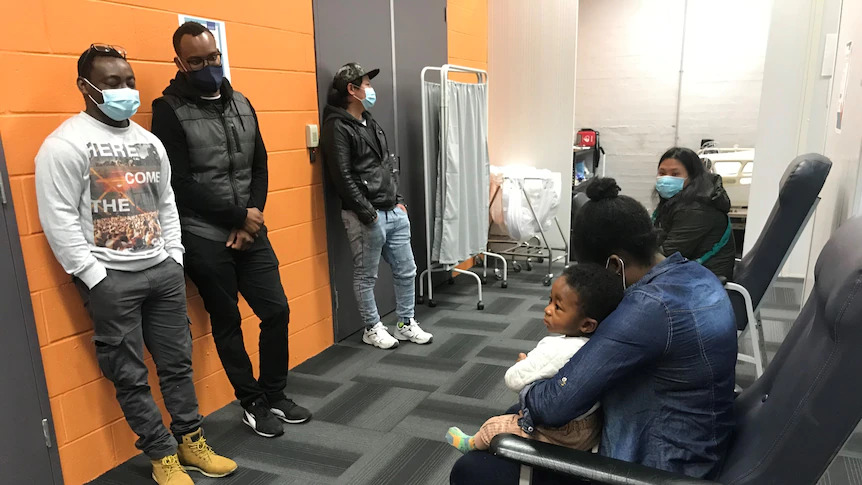 Being in a state of semi-unemployment due to the ongoing COVID lockdown, I have had plenty of spare time to listen to my favourite podcasts and take in various viewpoints on the current difficulties.

I was disheartened listening to a recent show recorded by Tim Pool and his crew featuring alt-right twit and former Australian resident Sydney Watson who supposedly grew up in Melbourne but now resides in Texas.

Watson, at her best, is a waste of space. However, on this occasion, she was at her irritating, eye-rolling millennial worst and spent the better part of two hours dragging down Australia and Australians.

The consensus within the panel was that we are a bunch of straightlaced, block-headed feebs who go along to get along and, worse, Mr Pool suggested that we somehow willingly consented to be locked down by voting in “authoritarian” governments.

I was surprised by this stance from Tim Pool. It is plain to see that he is being fed erroneous information on the Australian situation by the likes of Sydney Watson, who is, if anything, a new model of the bitter, critical ex-pat, a Germaine Greer in waiting if you will.

As I have discussed elsewhere, we are locked down because the flawed doctrine of multiculturalism has shaped both the social and material development of our major cities.

The media publishes daily maps of exposure sites and active COVID case tallies, insisting on transparency from the health authorities, who run the show at the moment.

What is immediately apparent is that the outbreaks are mainly in a couple of local government areas with overwhelmingly “diverse” populations; in other words, the parallel societies and enclaves, which have been allowed to grow under multiculturalism.

The lockdowns are politically motivated, but the state governments are not implementing these rules to gain or keep more power. I suspect, due to the way ethnic interests have been allowed to dominate over the past thirty years, politicians are between a rock and a hard place.

Whatever the Andrews or Berejiklian governments do, they will be pilloried by the ethnic communities and accused of authoritarianism by the more vocal elements in mainstream society.

Of course, this is all of their own doing. Years of overreliance on the ethnic vote and the corruption of grassroots politics through branch stacking and cash for votes scams have brought them to this place.

Under multiculturalism, no government or state health authority can target COVID prevention measures. If they specifically lock down the hotspot diverse-suburbs, the left-wing “human rights” lawyers will have an injunction before the courts before you can say “Halal Snack Pack”.

On the other hand, if they lift restrictions and the virus runs unchecked through the ethnic enclaves, possibly killing hundreds of people, the government and bureaucracy would end up in court facing a massive class-action suit by grieving families.

So here we are, all locked down across the board. I suspect that rather than targeting restrictions and assistance with public hygiene measures to where it is needed, most states are backed into a corner by their multicultural policies and the precedents set by decades of pandering to ethnic communities.

The diverse enclaves, by their insular nature, thankfully, somewhat mitigate against widespread transmission of COVID. Those in the hotspots mainly stick to their turf with their kind, which means it is less likely that the virus will spread to other suburbs.

In that sense, the failings of multiculturalism are somewhat of a boon since the Delta strain concentrates on specific areas. Some figures suggest that over 80% of cases in both Sydney and Melbourne are limited to a handful of suburbs.

The lockdowns have nothing to do with the attributes of real Australians. We are not gullible, weak, or passive in the face of some mission creep by the authorities.

If the government was honest about multiculturalism tying their hands, I believe most people would understand.

At the onset of the current outbreak, state governments tried to spin the glaring ethnic aspect to the growth areas as warranting sympathy and understanding. The poor migrants supposedly struggled to understand the gravity of the situation, and their crowded living conditions meant that widespread transmission was inevitable.

A leading figure in the Muslim community in Sydney ultimately sunk this feeble attempt at circumvention. He scolded his co-religionists for believing rumours about the virus and refusing to follow public hygiene procedures. However, there is no backlash against Muslims. Australians are, to their detriment, tolerant and understanding. The instinct of most Aussies would be to assist these communities so we could all return to normal.

That brings me to the crux of the matter and the point which Tim Pool fails to understand: Aussies love a good cause.

We love to all pitch in and help in a crisis. It is in our national DNA and the basis of our folklore, from the dark days of 1942 during the great patriotic war against Imperial Japan to the bushfire inferno of Black Saturday and the seasonal floods and storms. We all see it as our duty to help those in need.

If the politicians and bureaucrats exploit the situation, they do so by taking advantage of this flaw [sic] in our national character. No inherent weakness exists in the population, nor are we gormless and in awe of authority.

The political organisation can begin when things settle down again. Dissidents will have ample opportunities to stick the boot into the managers and politicians who have overseen the pandemic debacle. We have to ensure that that is the next good cause Aussies undertake.