HOW THEY FOISTED MULTICULTURALISM ON US 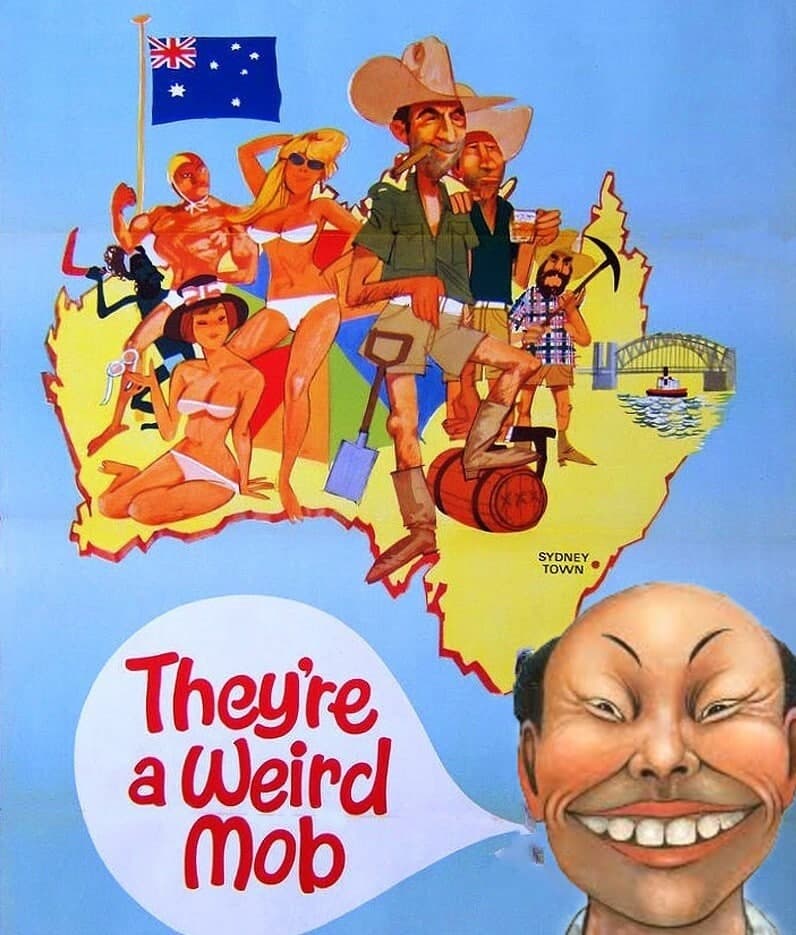 Type the question ‘What has multiculturalism achieved in Australia’ into Google and the search returns fail to yield an answer. Probably, because no honest answer exists. Instead, the searcher is buttonholed by Government propaganda.

One of those returns, in the top searches, is from humanrights.gov.au. It doesn’t so much offer but insists on the statement ‘The Success of Australia’s Multiculturalism.’ This is not what the searcher asked, but the response nonetheless yields answers, if only to unasked questions.

And who provides those answers? None other than former Race Discrimination Commissioner Tim Soutphommasane. A speech of his from 2016 is duly reproduced on its page. Remember, Tim Soup (as he is not-so-affectionately known) was not born here and shares no roots with Australians. The very title of his government posting back then suggested an overseer in an advisory capacity, but that was misleading.

Rather, his office was committed to adducing racism and purposed itself by doing so at every turn. Study the subject and you realise that’s what multiculturalists do. Even today, over 45 years since the multiculturalists inveigled their way into public policy their grip remains tenuous. Or at any rate, not as tight as they would like.

As such, it’s a guarantee that in the opening remarks of Soup’s statement his source is fudging the truth, for he asserts, “Surveys have shown that public acceptance of multiculturalism has been consistently high. The 2015 Mapping Social cohesion survey, for example, found that 86 per cent of Australians agree that multiculturalism has been good for the country. This level of agreement has been constant for the past three years.”

And who conducted this survey? The Scanlon Foundation and Monash University. Monash University’s involvement speaks for itself, but what is the Scanlon Foundation? In their own words, “The Scanlon Foundation was established in 2001 with the endeavour to enhance and foster social cohesion within Australia. It was formed on a view that Australia, except for Australia’s First Peoples, is and always will be a migrant nation. That our migrant history has and will continue to shape us as a nation and that for Australia to continue to advance as a prosperous and welcoming nation, monitoring and supporting social cohesion is vital.”

When we speak of Australia, we talk of the country built by English, Irish and European convicts, settlers and migrants who subsequently became Australians. Aborigines are not Australians but Aborigines and, as any history lesson should have taught the authors of that meme ‘a nation of migrants’, the Aborigines did not come together and form a nation.

The foundation’s mission statement exudes its intrinsic bias predicated as it is upon “monitoring and supporting social cohesion.”

If we’re all a nation of migrants then either we come as fortune seekers and that commonality of purpose is an expression of our national values, or we are self-interested groups, in which case, ‘monitoring social cohesion’ becomes necessary. But neither is the case because Australia existed upon federation in 1901. That’s just when it was made official, for we were a country from our time as a colony when the states quickly asserted relative independence from Great Britain.

Australians held strong views on who should come here, and Britain had no choice but to allow us the right to make that choice. Social cohesion was the driving force behind the White Australia Policy. It would have been specious to argue ‘we are a nation of migrants’ back then because nativeness was a point of pride in identity.

Sure, we’ve had migrants come and go and even contribute to our nationalist heritage (William Lane comes to mind), but nobody is Australian who isn’t rooted here. Moreover, the word migrant wasn’t slipped in to confuse our idea about our racial makeup because the whole intention was that Australia is White.

The words migrant and multicultural have been tinkered to suit the agenda of multiculturalists by misrepresenting what was ever acceptable to national cohesiveness in terms of migrants. Migrants were crucial to Australia’s establishment but not just any migrants. And that’s the rub.

The Scanlon Foundation is typical of the multiculturalists who have been at work engineering this nation to suit their ideology and worldview which grows ever more extreme. Presently, the great ‘melting pot’ of the USA is, many believe, on the brink of another civil war all because of multiculturalism; a subject for another time.

For instance, there were (or is) Welfare Multiculturalism, stemming from the idea of migrants as being vulnerable to socio-economic conditions; Ethnic Structural Pluralism, which emphasises safeguarding the ethnic uniqueness of the identity of migrant groups in a pluralistic society; Ethnic Rights Multiculturalism, a Marxist brand that views migrants in terms of the working-class who are ‘structurally disadvantaged by the capitalist division of labour’. Each of these had its advocates and supporters, but the other policies that were pipped at the post were the assimilationists and integrationists, one which believed migrants must accept our way of life unconditionally, while the other had a more lenient philosophy that afforded greater freedom for migrants to find their place while adhering to ‘core values.’

Multiculturalism did not just pop up in 1972 but was formulated from the end of the War during our ‘populate or perish’ phase. However, it was nothing like the multiracialism we have today. The idea then was about studying migrant communities, predominantly those from Eastern and Southern Europe, for how they managed to fit in. Migrants then had a different attitude, or much of them, which involved coming here to work, stack up the dollars, and then return to their homelands. Migrants tended by and large to be men, the women left at home.

Therefore, the basis of multiculturalism was rooted in the need to understand how to keep migrants around, and while they were here, what their special needs were. The most alien of these migrant groups, those viewed as the least assimilable, were the Southern Europeans. It’s a complex topic too easily oversimplified but the intersectional multiculturalism of today was fostered by the New Left; the counter-culture; Marxist-Leninists and left-wing intellectuals. Of course, too, migrants themselves. And it wasn’t all from the Left either, for conservative multiculturalists diverged from their red-ragging counterparts, along with those practical campaigners who courted both Whitlam and the Opposition. Yet, being the government of the day, most of it coalesced around the Whitlam Government.

The Whitlam Government augered in the New Nationalism, which has been described by historian Mark Lopez as nationalism “…stripped of conservative values, such as those associated with the British Empire and militarism, and replaced with liberal humanist values, progressive ideals and the desire for social reform. It included anti-racism, cosmopolitanism, republicanism, and the objective of independence from Britain.”

Migrant rights came to stand alongside other equality causes such as feminism and Aborigines. Today, we can see the evolution into intersectionality and its constant production of victim groups. We recognise the forces of anti-racism at work bridging the various interest groups into a tribal collective; all defended on the same basis and with the same arguments relating to social disadvantage which was false when applied to migrants at the time and is false now.

In the case of the former, so keen were the different factions representing migrant interest they resorted to distorting information and spinning their terminology to push their cause. For instance, Al Grassby, the godfather of multiculturalism preferred the expression ‘the family of the nation’ to multiculturalism.

The drive towards multiculturalism took the choice away from the Australian people placing it in the hands of these predominantly leftist ideologues and the politicians they successfully petitioned. This is why the multiculturalism of today is far from the idyll described by Tim Soup, as system-prefects like him must sternly watch over it.

As recently as 1994, opinion polls revealed the majority of Australians were still not supportive of multiculturalism. By 1996, the pollsters were using “problematic wording” in the surveys to fudge a figure of 50% support. So, in 2016 when Tim Soup spoke glowingly of how we’re at a level of 86% support, using history as a guide, that’s bullshit.

And it has to be bullshit because otherwise why are patriots and others being classed as ‘extremists’? Why are ‘hate speech laws,’ which are already enshrined in the Racial Discrimination Act and its subsequent 18c amendment being constantly looked at for further toughening?

After all, multiculturalism serves its ethnic constituents, not the host population who were only ever used to grow the nation, albeit through extraneous accretion.

P.R. STEPHENSEN MARCHES ON – IN THE CAUSE OF AUSTRALIAN NATIONALISM!

SO, YOU THINK YOU KNOW INKY?