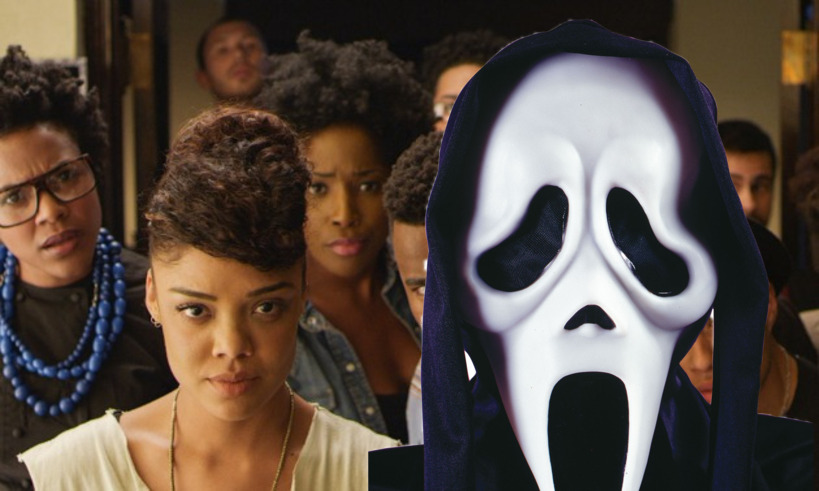 Thanks for all the great articles. Your stuff is the best. I was wondering how I could contribute but since you don’t have a contact button I have sent this into the comments section. Feel free to edit it if it needs it [We did. Heavily -ED].

I am experiencing something of an existential crisis at the moment, and I thought it might be of interest to your readers. To put it in a nutshell, I’m so goddamned sick of Black Lives Matters and stuff that I can no longer watch any show that has black people in it.

I have never done anything wrong to any black person, and yet I feel like I’m being expected to apologise for stuff I didn’t even do. Every day there is a crazy story in the news, or when I turn online, about blacks blaming White people for something or other. It’s driving me nuts.

At first, I felt bad about George Floyd, him being choked to death and all. Then I heard, a lot later, that he was high on a whole bunch of drugs — a cocktail that would kill an elephant. Then I saw the part of that video of him with the cops that they didn’t show, which was him resisting arrest. He wasn’t throwing punches or anything, but he was so off his black tits that he wouldn’t do anything the cops told him.

So, even though I think of myself as a sort-of-a-white nationalist, I still felt bad. Heaps of white people get killed by the cops and arrested over stupid things, which are all just political. And now I’m starting to see that it’s all tied in together. How can the cops arrest white people for posting stuff about blacks and other coloured races yet put up with all the shit the BLM heaps on them? It makes no sense.

Regardless, I still felt bad. It got to the point where I was even thinking about it more than I was thinking about my grandmother who died about two months before him. That’s because, unlike my grandmother, everything was reminding me about George Floyd. I’ve never even met George Floyd – I’ve never set foot in America. I began to see that this ‘feeling bad’ stuff was kind of a guilt trip and was sucking me in. What the hell was I guilty of? I didn’t kill the bastard!

It’s got to the point where at schools like I read the other day, they’re making white boys stand up while a [Marxist lesbian -ED] teacher dumps on them for being how they are – white and all. Yet, we’re told not to do that to blacks because it hurts their feelings. Don’t whites have feelings? That’s beside the point I don’t even do it to blacks. But according to them, statistically speaking, I do. And if I don’t say anything about it I’m as bad as Derek Chauvin. Well, that’s just nuts.

Anyway, I’m one of those people who tries to tune out to all the shit going on in the world [And yet you read us? -ED]. I used to think that the white race is in real trouble but it’s best if we stay out of politics. But now I see that’s a stupid idea because they’re dragging us in no matter what. Instead of taking drugs or going out partying I like to watch movies, I’m a big fan of Sci-Fi and horror and some war stuff. But it seems like every time I switch on Binge, or Netflix, or Disney or whatever, every show is pushing blacks. They are not even talented. They’re everywhere. I look at an ad in a magazine and there’s another one. The new Batman is going to have a black Alfred the butler. Why?

That’s why I’ve decided to start doing something positive whatever it is. I want to join something. I am thinking of joining One Nation [That’s the definition of doing nothing – ED]. If things get any worse with blacks we’ll soon be expected to assist them on the toilet [Brilliant line – ED].

Now, I’ve made a rule – I won’t watch anything if it’s got blacks in it. I’ll turn it off. I started watching that movie Silk Road, I thought it’d be pretty good, but the main dude had a black girlfriend and was an arsehole liberal, so I switched it off. Never again. I won’t watch blacks at all period or listen to black music or anything. I’m sick of seeing big black males who you know always get it on with the white girl. British shows are the worst, it’s like they have a law in it that they have to show this stuff. The white guys are always dumb and irrelevant while the black saves the days. It’s like they’re the most important people in the world.

I’m watching older movies now, stuff from the 1970s because there aren’t as many blacks. I watch shows too from ages ago (I’m 17) and they might not have had all the digital effects but the acting was a lot better and the scripts were superior. This is my protest. We need to get back to how things were. Please don’t publish my address or name because I don’t want to get arrested like those guys in South Australia.

3 thoughts on “I WON’T WATCH SHOWS WITH BLACK PEOPLE”