P.R. STEPHENSEN MARCHES ON – IN THE CAUSE OF AUSTRALIAN NATIONALISM!

SO, YOU THINK YOU KNOW INKY?

CAMP OF THE SAINTS AUTHOR DEAD AT 94

A RACE WAR BY ANY OTHER NAME 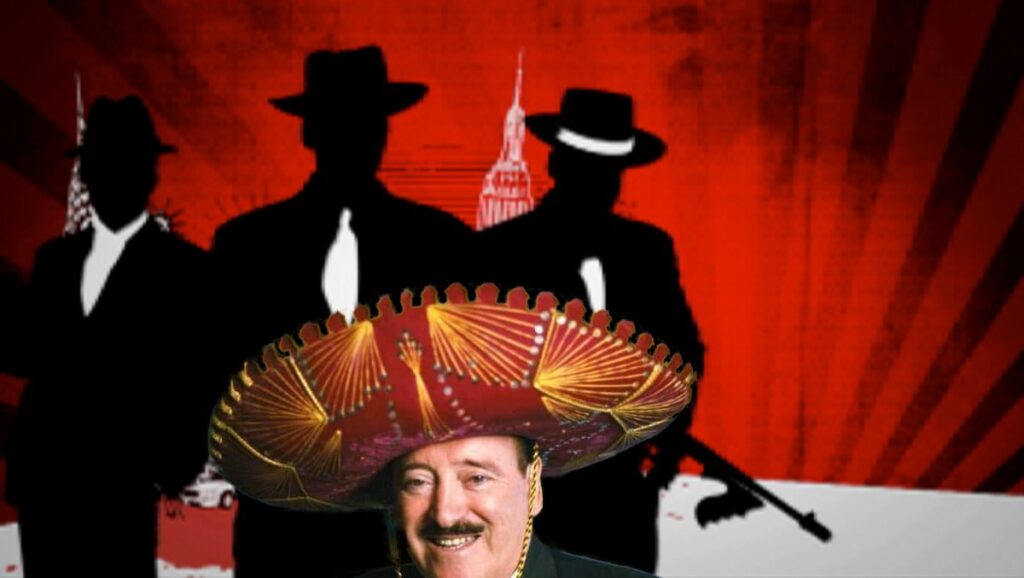 A noticeable factor, to us anyway, amid the angling by the Jewish community and other concerned parties to push this drive of proscribing certain groups is just how far from the democratic ideal this country now is. And in this last instance, how conspicuous Zionist influencers have been in helping us to reach this point.

The Australian Nationalist doesn’t bang on about Jews or blames Zionists for everything. We regard them as merely a part of foreign influence we want to sweep out. However, it’s impossible to make this critical commentary without referring to them since the role they’ve played has been of central importance.

In a nutshell, we are agin the National Socialist Network for reasons of nativism. Other reasons too. But the rub is this, while we are politically opposed, we can’t help but see that – so long as they don’t advocate violence or commit heinous acts – they should have the right to be who they choose. To a certain point, say what they please. As in the case of George Lincoln Rockwell, who the ACLU defended on that exact basis, it’s a matter of principle. If the system has the support that it should have they become just a colourful, all-be-it challenging, part of society’s rich flora.

Tom Sewell allegedly laying into security guards is a different matter, that and other aspects of his performance are all too convenient for the enemy.

But we’re not talking about that, since the NSN had been proscribed more-or-less from the moment they came into existence.

It’s fair enough to argue that if the system condemns a subject long enough, and by itself is proven to be rotten, you might look at National Socialism and conclude that if they say it’s bad then they’re concealing something. Perhaps what the National Socialists say is true after all. The enemy of my enemy must be my friend, and the system has proven to be my enemy because it won’t let me speak. We get that logic. We don’t believe that the conclusion is right, but the method by which they reached it is understandable.

ACA afterwards addressed the existential dilemma – no down following intense criticism – of having given Tom Sewell a platform. But why shouldn’t they have? We are not playing the devil’s arguments but outlining the very nature of objectivity in reporting. To wheel Dvir Abramovich, a man with the self-interest of himself and his people (not Australians) at heart without a challenge, or without allowing those he’s condemning the right of reply, is not objectivity. It, therefore, follows that it’s not in the spirit of democracy. This means the very nature of this democracy they’re all so cock-a-hoop about is something other than what they’re pedalling.

This democracy is an illusion. That’s not the opinion of a ‘far-right extremist’ that’s a commonly held perception. It is the way it was designed, and this came from the mouths of those who arranged our society. It doesn’t strive for anything but management and control. Politicians rule by exploiting fear because they don’t have any other sort of power. You know the story.

A Jewish person isn’t responsible for our racial vilification act, which is where this all stems from – that was down to a man named Al Grassby. He was Italian. This came after they pulled apart the White Australia Policy, which, contrary to an elitist dogma, was not about ‘racism’ it was about preserving a people and their way of life. Our way of life became what the United States decided it would be. Make your assumptions about that.

The ‘peace movement’ the youth revolution it all came to our shores and had in its sights the Australian people ourselves. We needed to become less monotone and more colour chrome, to get vibrant. We could not go on living an apartheid existence down here at the bottom of the world.

Grassby, however, was a shady sort. His boss, Gough Whitlam, set about on a crusade that would’ve had the previous leader of the Labor party upsidedown in his grave and doing head spins. Arthur Calwell was an Australian saint as far as the WAP goes. Whitlam began tearing it all down in earnest. The Holt government (Liberal) had laid the tracks for its disassembly via the Migration Act 1966, but it was Whitlam’s short-lived government that brought it all down. May he burn in hell. At least Harold Holt had the decency to drown in the surf while his mistress sunbathed.

Whitlam was a traitor to the very fundaments of traditional Labor. He was everything that Arthur Calwell despised; a cocky intellectual from a privileged background who’d fought for nothing.

Grassby declared the White Australia Policy, “Dead and buried.” So is he, although first chance we get, we’ll dig him up and smash his bones with a claw hammer. Into a fine powder. Which we’ll flush down the Brasco. As the Immigration Minister, he was like a teetotalling wowser put in charge of destroying a historic brewery; an eyetie immigrant with a chip on his shoulder.

OK, he wasn’t an immigrant, he was born in Queensland, but he was mixed-race, half-Italian and half-Spanish. Being part-wog wasn’t good enough for him, he had to be born a double-dago. But a complete fuckwit. And a crook.

In 1975, Grassby licked his chops as Labor pushed through the Racial Discrimination Act. It was a belated version of the American Civil Rights Act.

But Grassby’s reasons for doing so were shrouded in a diabolical motive: protecting his Calabrian mafia mates from slurs originating from their criminal enterprise. That’s true.

Grassby was involved with the Australian mob up to his traitor’s neck. He used his position to go into bat for them when the heat was on. When anti-drug campaigner Donald Mackay “disappeared” he used his influence to have Mackay’s wife Barbara defamed in parliament to cast the blame onto her. For that, he received $40,000 from his mates.

See what happened, the very man who introduced the Racial Vilification Act was a wise guy. It should be revisited on those grounds alone. Also, he set the tone for Parliament thereafter. These days rape is the favoured pastime among our corrupt politicians back then it was a brown paper bag filled with fifty-dollar notes.

And so much for all that, let’s not get sidetracked by our “colourful history.” Let’s look at those who’re striving to keep it coloured, and to make sure that anyone who speaks out is criminalised.

Subsequent revisions to the Act have occurred. But they’re still not good enough for the Zionists. One has to wonder how their people can have spent two-thousand years copping curry and yet still they haven’t developed a thick skin. That’s because victimhood is very powerful and everyone wants a piece of it.

The Jewish community is among the most vocal lobbying force for amending the Act, and proscribing this, and banning that. They are all about big government and there simply aren’t enough laws in this land to satisfy them. Since this Migration Act 1966 was passed, we’ve been shoved and pushed by aliens telling us we’re this and that, and agitating for greater protection against us.

While all this has happened, that ‘lucky country’ vibe has died. Greed as a system has destroyed our nature and turned us into self-interested bigots. And all thanks to enshrining the rights of other races into law, and dividing us.

Freedom of expression shrinks in direct proportion to the level of pressure the lawmakers come under to make this country safer and happier for ethnic groups who don’t belong here. This is a country full of people who show no tolerance and yet demand it.