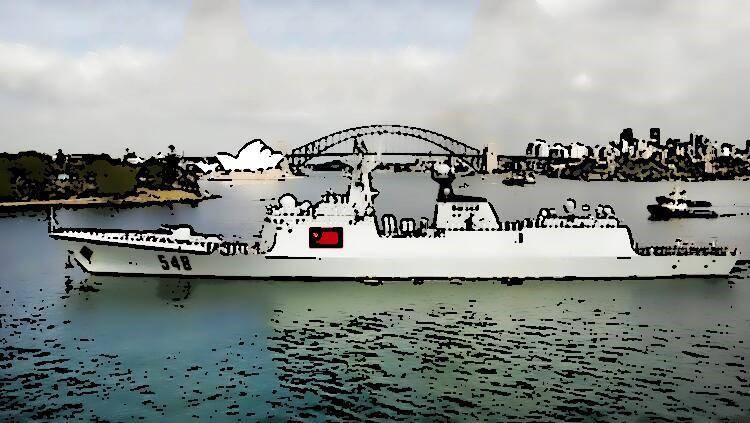 A memorandum of understanding signed between the Papua New Guinea government and the Fujian Zhonghong Fishery company is a great cause of worry for Australian security.

The memorandum, signed with our gullible and let’s face it, corrupt neighbour, is to build a $204 million fishing complex at the island of Daru, in PNG’s western province.

The island lies 200km north of the Torres Strait and is the ideal strategic placement for an offensive naval base.

The fishing at Daru is already properly managed and provides for several local villages. It is not a site for a commercial fishery and would be a threat to local fishing supplies if it was. Instead, it seems likely that the CCP has plans to use the wharf it plans to build as a naval base with which to threaten Australia and take a stranglehold on the Pacific.

The trouble with the PNG government is that it is hopelessly corrupt and can be bought off for the price of a slab of SP Lager. The very culture of politics in PNG involves politicians prioritising their family and tribe ahead of the rest. They are unlikely to understand the implications of such a deal like all those China hooks through it’s One Belt, One Road. They dangle money, then when the indebted nation obviously cannot pay back what it has borrowed, it moves to seize strategic assets.

The greatest hope for Australian defence is the marine buffer that region offers us, but if our neighbour foolishly lets the enemy build a base, we’re potentially sunk, unless we can heftily mine the sea and divert missile resources to Far North Queensland. It was always likely that a dumb Pacific neighbour like PNG would fatally imperil the rest of the region through their base greed and lack of comprehension, which is a good argument for colonialism.

The matter was raised by Liberal MP Warren Entsch, the member for the Queensland seat of Leichardt.

He is trying to organise a meeting with Foreign Minister Marise Payne, to raise his concerns. Speaking to the Daily Telegraph he said, “Why would a $200million fishing complex go into an area where there is no commercial fishery? I worry that it is less about fishing and more about other intentions.”

Mr Entsch told the ABC, “We should be absolutely alarmed not only because it is strategically located close to Australia, but because there is potential for conflict in the Torres Strait. In my view, what China is going to do, first of all, is build a very large wharf. So, when you build a very large wharf, what do you build? Somewhere where naval vessels can land.”

It would be pointless hoping for the help of America under President Joe Biden, since he has such a cosy relationship with the communist regime, which has employed his son, and probably took a great hand in the Presidential election swindle, such as the Democrats falsely accused Russia of doing.

As China wages economic war on Australia, the danger of the military kind grows likelier. Nationalists have been raising the alarm over this since the 1980s,and been ignored.

Meanwhile, Victorian Premier Daniel Andrews has stubbornly refused to back down from the OBOR deal he inked with the communist regime, adding to worries that China might be eyeing off Melbourne Port, which Andrews seems more than willing to hand over.