THE RACE COMPONENT OF SHAMING ‘KARENS’ 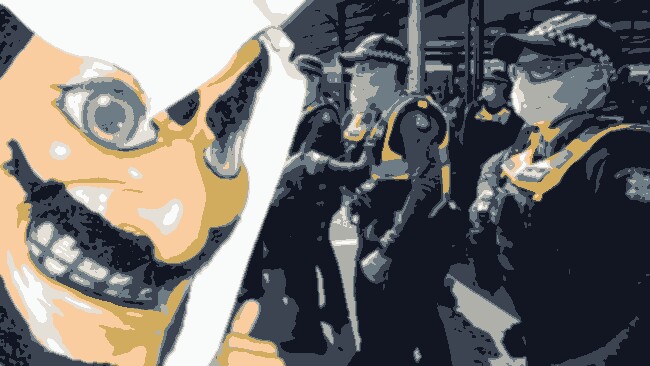 It has been a few weeks since I have posted a report from the Victorian quarantine zone, this is mainly since, apart from a few sporadic outbreaks of discontent, not a lot has been happening in Melbourne.

I have been fortunate enough to secure an essential worker permit for a menial job, which pays little more than Jobkeeper, wears me out and takes up all my time during the week, so arriving home at night I’m slumping in front of the TV and hitting the sack early, rather than pondering the state of play in the republic of Danistan. This must please Andrews greatly since a tired Victorian is less likely to be challenging his lockdown and despotic rule.

This week, however, there was cause for optimism as the caseload of COVID infected has fallen sharply and was bobbing just below the government’s threshold for a partial re-opening of society on the 28th of September.

As most of my co-workers are in the same boat as me, having taken whatever casual work is available due to their normal occupations being closed down for the duration, the tone of conversation on the production line was hopeful.

Then came Friday afternoon and the revelation that another serious outbreak of the virus had occurred in the district of Casey in Melbourne’s outer eastern suburbs. The City of Casey runs in a narrow strip from Dandenong in the north down to Port Phillip Bay, encompassing the suburbs on Cranbourne, Narre Warren and Clyde.

I was driving home from work with the radio on when I heard the news that over 30 people from several families in Casey had been diagnosed with COVID-19 and that “community leaders” had been called in to assist the authorities. I knew something hinky was going on; the only peoples who have these “community leaders” in Melbourne are the various bands of Muslims and Africans. The leaders are usually selected by the police to help mediate the incessant communal violence found in these ethnic groups.

The jig was up. Later that evening Nine came straight out and reported that the families concerned were indeed Afghani. Furthermore, they had shown scant regard for the lockdown and had been visiting each other’s homes repeatedly during the past few weeks.

I fancied hearing a collective groan arise from the COVID weary Melburnians as our liberty and career prospects were threatened by yet another outbreak of non-Australian incompetence, putting paid, once and for all to the idea that we are all in this together.

It is now widely understood that the so-called second wave of the virus which triggered the stage four lockdown began with the mainly Indian security workforce, contracted on below award rate wages to supervise the quarantine of returned travellers.

From the infected travellers to this sub-continental scab labour force the virus was quickly introduced into the aged care system by associates of the guards, whereupon it devastated the ranks of elderly and infirm and plunged the entire state into crisis.

Nevertheless, who is it that VicPol has been given orders to go tough on, and who are they patently giving a free pass?

Pregnant women, grandmothers, pensioners, you name it, they’re all easy prey if they happen to be White Australians. Freedom protesters are to be reviled according to the woefully corrupt VicPol and Victoria’s leading public servant.

Black Lives Matter protesters, orthodox Jews, Moslems, Indians, in fact, anyone non-white who’s wantonly flouted these rules and caused cluster outbreaks do not receive any fines, no roughing-up from the VicPol meatheads, and no condemnation. To break things down, those who challenge the lockdown are fined and arrested. Those who ignore the lockdown are not fined or arrested. What’s the core message here? Frankly, that multiracialism kills! Multiracialism infected Australia thanks to China; non-whites instigated the clusters with a wanton disregard for social-distancing; and Aussies are punished with punitive measures for an outbreak which the Victorian government — and ALL western governments — bear responsibility for.

Having this casual work has kept me more-or-less together. My missus is working too, and so are the kids. We’ve been spared. We’re still subject to the curfew, but I’m not a rabble-rouser, and I have no need to be out on the town after 8 pm, so in that sense, they’ll have to try harder if they want to fully inconvenience me.

Yet, I can’t be so sure about others. Old Dirk who lives across the street was not always a tightly-strung sort. He fell apart when his missus died and the kids left home. They never visit him. Dirk’s spirits kept up, but. You’d always see him outside, mowing his front lawn, every second Saturday. Now, he’s too afraid to set foot out the door in case he’s arrested on his property. He doesn’t understand any of this and the amount of stress put on him by isolation and confinement we may never know until it’s too late.

See, old Dirk has reverted to his military days. On the odd occasion I do see him he’s wearing camos. For a man in his late ‘60s, he’s kept quite fit. I can only imagine that he’s chewing up the useless hours inside doing push-ups and squats and preparing for what he may believe is the inevitable final intrusion of the government. I glance up at his window as I leave for work with the missus and you can see him peering just above the window sill of his front room — a set of eyes like a shark’s checking nervously left-to-right. Will Dirk go postal? I hope we have enough good stuff in the bank so he leaves me and my family out of the firing line, but if he does it will be a grave disappointment since he’s white and he’ll be giving the government the story it wants.

Is this a dark thought behind the lockdown and the unfair administering of the law? Has it been designed to trigger whites and protesters? That’s the nasty nature of conspiracies, they can never be proven one way or another. And I have to get to work.

One thought on “MULTIRACIALISM IS THE REAL KILLER VIRUS”