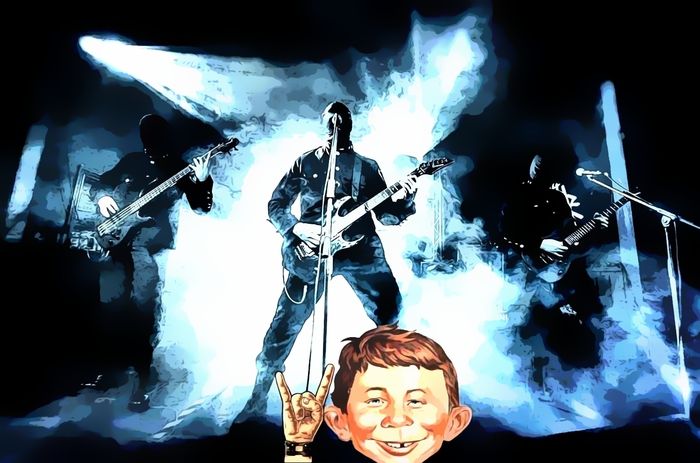 2020 is shaping up to be, if not the worst, then the weirdest year since the turmoil of the 1930s and the global upheaval underway has also impacted the entertainment industry.

Albums have been delayed, film shoots postponed and TV series put on hiatus due to the limitations placed upon artists by the COVID-19 crisis and its attendant economic collapse.

The alternative music scene, however, persists and explorers of the darker side of our existence have been treated to some great music so far this year, and here are three standout examples from the nether reaches of their creators’ minds.

Crippled Black Phoenix has been one of my favourite bands over the past few years, not least because their sound is difficult to pigeonhole, and isn’t nailed to one genre. In the past, it has been described as “Dark Folk”, “Doom Grunge” or “Post Metal”.

Founder Justin Greaves describes their music as “ballads of the end times”, which is accurate given the often-sombre lyrics and 90s jangle inflected guitars, which lend the compositions an other-worldly feel.

For their latest single, Cry Of Love, the Cripples have opted for their massive, three guitar-driven sound wall with a sad and powerful track penned and sung by guest artist Ryan Patterson.

Like 2018’s standout track Nebulas, Cry Of Love mixes tender vocals with soaring guitar riffs and keyboard washes, it is a sort of harsh but progressive hymn to personal loss. Just the tune for an all-out murder-suicide pact.

The new Crippled Black Phoenix album is due out in October, so watch for it on the streaming services.

The Black Metal underground is never still, inhabited by extreme personalities with transgressive, confronting ideas there is always something captivating bubbling up from its depths.

Belgium-based collective The Committee is one of the most interesting of the recent crop of extreme metal bands, they opt for the self-negating, harsh mystique of uniform appearances and masked anonymity.

With current members drawn from across Europe, Scandinavia and Russia the band began as a solo project by founding member Igor Mortis in 2007 and expanded of the course of three albums to become a six-piece outfit.

Igor is pretty explicit in the few interviews he has given that the band is not political, that the members support no ideology, in particular, the songs are simply meant to explore the suffering inflicted by the powerful upon the weak. Which is why they have no problem torturing mice backstage.

As such the music of The Committee comes off as misanthropic but this perception is wrong as far as the lyrics go — the words could be ripped from the internal monologues of tyrants and dictators and describe the pragmatic mindset of the evil overlord personality type. So, I guess all that stuff about being non-political is their ‘official’ position, whereas clearly, they worship Satan and Hitler.

The subject matter of their ten-plus-year output began in a very dark place with an E.P written about the Holodomor, better known as the Ukrainian famine of 1932, in which millions of civilians were starved to death by the Soviet authorities. That wasn’t political either.

Since then The Committee’s work has focused on the looming, mid-21st century techno-dystopia and with 2020’s album Utopian Deception they delve into the minds of oligarchs and their propagandists examining the new wave of cruelty and oppression sweeping the globe. Then they try to use that knowledge to emulate their success.

Check out the album and the back catalogue, even if the band eschew politics their work is at least topical and given the current zeitgeist, highly meaningful. And non-political.

I didn’t intend to place these three reviews in order of extremism, however, the last offering from Portugal’s Gaerea is just that, a searing blast of black breath from the lungs of the damned. Or just a face full of COVID cough. But seriously…

I don’t know much about Gaerea-Limbo which is probably the point, there is an anti-celebrity trend among modern Black Metal acts, they hide their faces and identities on the premise that the band members are secondary to the music. That and they all have terrible acne.

And that’s cool as far as it goes since its conception in the late 1980s this genre has been difficult, sometimes to the point of being painful, but putting to canvas man’s darkest urges, as it were, was never going to be pretty.

Gaerea claim in the introduction to one of their live clips that the new album, Limbo is a sequel to 2018’s Unsettling Whispers, which was a journey through the inner-self wracked by doubt, sadness and suicidal ideation. It was written, so I understand, for a children’s party.

The new work is supposed to represent a divergent path from pure self-annihilation toward redemption and light, as dramatic as it sounds, the point of this strain of metal has always been catharsis rather than self-pity, so it’s all good. Mind you, they’d achieve the same catharsis by buying a punching bag, but what can you do?

Limbo isa dark and savage work, almost impenetrable in its intensity while simultaneously managing to be uplifting to those in the right frame of mind, I suspect that in the long run, this type of music will save more souls than it damns. 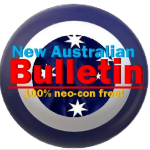