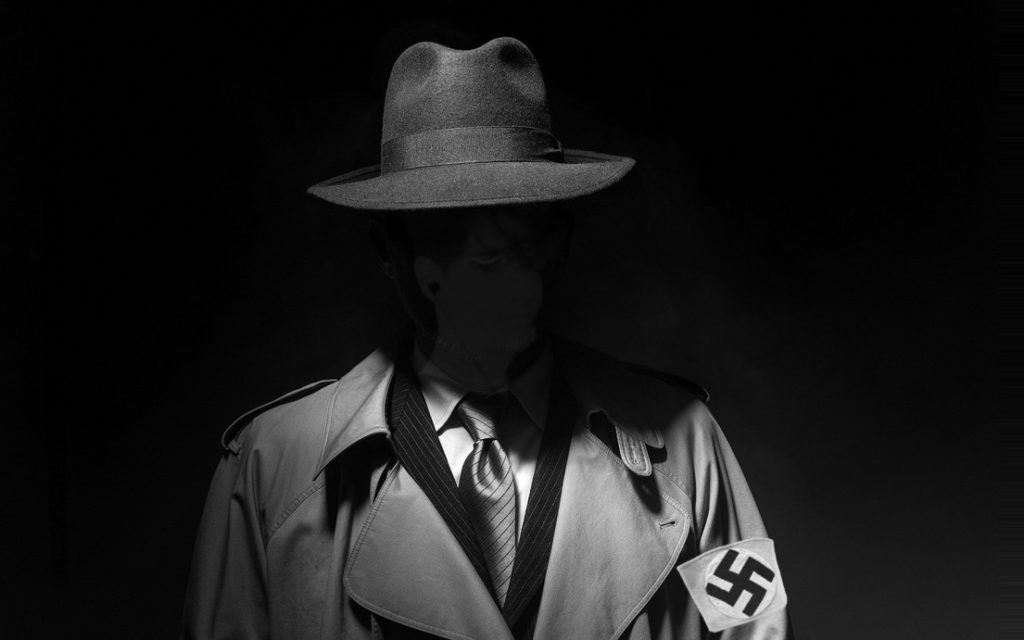 Three weeks ago, ASIO’s Director-General Mike Burgess cited ‘Neo-Nazis’ as “among our most challenging security threats.” A week later, in a pub in west-Melbourne, a gaggle of toxic outcasts who’ve been causing headaches for dedicated nativists for a while now initiated a new club in the hope of remaining relevant.

The leader of this paltry group is known to talk to the feds and has often sat down with ASIO. His timing couldn’t have been better.

This self-styled leader has created a shell organisation based on the concept of ‘European Australia’ as opposed to, well, just Australia. This is probably his way of saying ‘White’, but if he had any learning on the subject, he’d know that to be Australian IS to be white and doesn’t require qualification.

Only those who reject nativism, or more accurately, are rejected by nativists, choose a ‘European’ identification. By doing so they insult Australia and challenge the nativist movement. They do this because they do not identify as Australian, either because they’re not (as in the case of the leader), or because they’re wedded to a fantasy of jackboots, iron eagles, and the mythology of Aryanism.

In point of fact, they behave more like plain old reactionaries, as there’s nothing at all radical about their approach, and rather than accepting they are a unique people they prefer to adopt the identity of the old world as if it needs or wants them.

We shall not explore what deficiencies led them to bypass the embrace of their actual identity to this anachronistic, foreign concept, but Francis Parker Yockey might have something to say about it were he alive. Or, indeed, if they’d read further of his work assuming they got past Julius Evola. Indeed, if they knew anything about George Lincoln Rockwell, they’d be surprised to learn one of the reasons he was assassinated by his own comrades was because of his move to an American form of nativism, and away from the dress-ups of German National Socialism.

A man as smart as The Commander must’ve been onto something, but the cosplayers wouldn’t hear of it; it meant surrendering their Sam Browne belts and armbands.

We mention all of this Neo-Nazi stuff because the ‘European’ thing is a feeder for the restricted National Socialist Movement they’ve styled for its pit. Right now, this couldn’t be a better gift for ASIO if they tried.

The leader of this medley of muckrakers blew his lot when he attempted to hijack the entirety of Australia’s Alt-Right groups using knucklehead muscle from a Queensland mob calling themselves Combat18 for his own stormtroopers. He went to Canberra, and Sydney, in an attempt to lord it over his former followers who’d grown weary of his autocratic ways. Not long after, the group he was running folded its Sydney branch, and the rest quickly tumbled. But it seems the dolt has not gotten the message. And that’s where we come to wonder why.

None of these ‘Neo-Nazis’ ever seem to get arrested, instead, it’s our people who get pulled in and put on trial. It’s the existence of these Neo-Nazis that not only gives the Zionists the fuel for the Holocaust narrative but has enabled Mike Burgess to steer operations against true nationalist activists while nothing ever happens to these Neo-Nazi tiddlywinks. Why is that? How come the leader of the defunct Squadron 88 was never arrested or investigated by media? Why did he boast of a ‘get out of jail free card’? Why did every group he came into contact with, turn to shit?

All groups that adopted outright ‘National Socialist’ identities in Australia have always fed back to the Fed in some way. Another trait by which you can spot red flags is when that person or persons are never ‘about’ just one thing, but are constantly changing and shifting to suit a purpose.

When Burgess came out with his crap, we hit the keyboards and responded. There were no ‘far-right’ groups or Neo-Nazis. Even commenters on sites like The Australian asked why they weren’t instead going after Antifa, and questioned the veracity of the existence of such groups.

If this were an innocent creation (sic) then at the very least it’s so stupid that it’s criminal, but as it stands to pull this sort of stunt now, in this climate, where people are being persecuted for real by the state, it is an act of treason. It is as bad as being a race traitor. It’s worse. These people are loading the state with all the ammunition they need to persecute us which is why there is no innocence about it – it’s leader, and those associated with him have been provocateurs for a long time now. They lead straight back to the toxic Antipodean Resistance and carry on its inept and destructive legacy.

This is no accident, so people be warned: don’t let THEM send YOU to jail. Remember what National Action was in England, or Combat 18, or the NSU, or on and on and on…

Always beware of Neo-Nazis bearing gifts, because they are a Trojan Horse for ASIO.

Leftist SBS jotter Henry Zwartz took a break from his bread and butter writing on Northern Territory related scuttlebutt to...