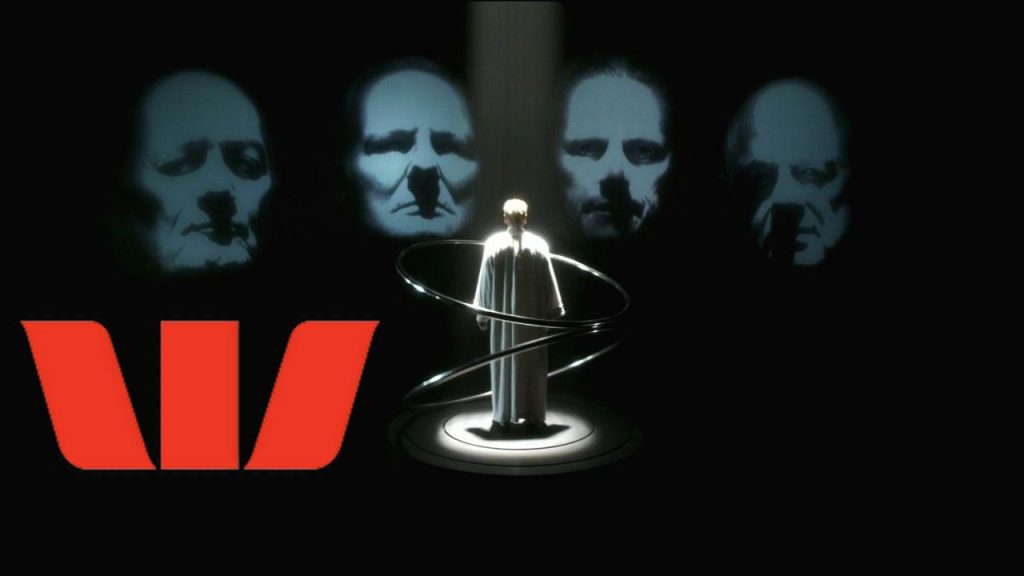 In a move that’s straight out of the pages of George Orwell, Westpac Bank has continued its persecution of the Australia First Party. Indeed, it has revealed its strategy.

Initially, we reported how the bank had declared the party’s president, Jim Saleam, an unacceptable person to administer the party’s account which, incitingly enough, it had frozen. The bank provided no reason for its decisions.

Westpac’s actions happened in tandem with members of the right-wing milieu also having their accounts revoked, supposedly on the basis of the Woke bank’s refusing them as customers, on ideological grounds.

Now, after vigorous inquiries made by the party president through the business manager of his branch, Westpac has announced that Jim Saleam cannot even verify the account so that other arrangements may be made.

Remember, it’s a lawful necessity for any registered political party to account for all its donations and bank transactions, and as such a bank account is not a privilege but a right, as it is for any private citizen. With AFP set to run a candidate for a local council in NSW, the ban comes at an especially unpropitious time.

Bear in mind, too, that only a few months back Westpac Bank was making headlines when it was scandalously revealed that it had breached over 23 million money laundering and counter-terrorism laws in respect to facilitating transactions enabling paedophiles to access and download child abuse material. Strange, then, they should feel themselves in a position to assume a high moral ground and enact ideological vigilantism which is almost certainly at odds with basic civil liberties and is a clear interference with the party’s implied right of political communication.

As Westpac and other major banks have ganged up to single out individuals, whose politics they despise, the media has been silent about this disconcerting development. Likewise, the NSW Electoral Commission has responded to AFP’s complaints with startling indifference despite what this behaviour by the big banks portends. For, not only are they directly interfering with the political process, adjudging who can serve as an officer for the party’s administration, but they are creating the conditions for making ‘un-persons’ out of Australian citizens.

Naturally, they will make it so that no candidate put forward is acceptable by their bizarre standards to act as a signatory to the party’s finances.

Late last year, the ANZ bank refused a transaction in which the AFP attempted to transfer money to the account of former British National Party leader Nick Griffin, who the Australian nationalists are attempting to bring on tour in Sydney. The invalidation of the transaction was deemed a ‘commercial decision’, as if the party was ever about to advertise the bank’s middle-ranking role in the transference of the funds.

Dr Jim Saleam told New Australian Bulletin, “Westpac has intervened directly as a political actor and argues that it can, by refusing to have dealings with a single person, cause a political organisation to remove that person as an officer. If it can demand that of me, then it can demand it of any organisation.”

Dr Saleam is vowing urgent action and will seek the help of the NSW Council for Civil Liberties in addressing the bank’s alarming actions.

“It is a matter that demands urgent action and may on this occasion be one for the courts. I do not believe Australia First will be the last victim of this bank nor will Westpac be the only bank to pull this stunt. It seems to me to be a case that enforces the High Court decisions on the right to free ‘political communication.’ We are entering a dangerous period for freedom and the activism of a bank to enforce liberal-globalist values against challengers is a sign of the determination of the money power to have politics its way.”

An interview with Jim Saleam can be heard on Natwave Radio by clicking the link below.