BABY BUMPS SHOULD NOT BE GLORIFIED BY MEDIA

COON IS NOT A DIRTY WORD!

HOW TO COPE WITH NEGRO FATIGUE 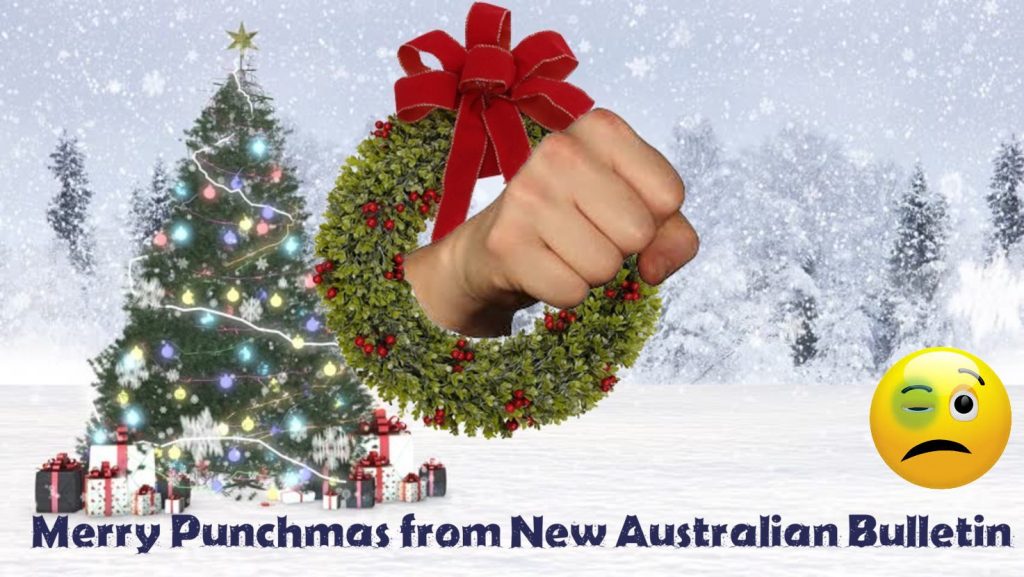 We here at NAB are resolute about diversity – in that we hate it. This is why every time someone uses the politically correct expression ‘happy holidays’ we want to punch them. Actually, we want to do more than that, but it involves a combine harvester and a very deep pit.

But we’re also dedicated to anger management since so much stuff gets broken in the NAB office. To that end, we’ve managed to reconcile both these areas of annoyance by ourselves changing the seasonal holiday and merging them into one special day of the year.

We hereby dedicate the 25th of December to punching out irksome and pesky PC busybodies. Think of it as a non-sanctioned day of Purge for wherever you happen to be in this big old world.

We no longer say Merry Christmas, we say Merry Punchmas.

Yes, that’s right, we’ve given Xmas an almighty makeover to make it less about giving presents, and more about giving Social Justice Warriors a black eye.

And it mightn’t even be a Social Justice Warrior, it might just be someone from an ethnic background you don’t like, and who you don’t believe should be living in your country. It might even be about a store clerk who asked to look in your bag as you left their store, regardless that you should be treated with all the respect due to a loyal paying customer.

Maybe your burger wasn’t cooked right, or someone pushed in front of you at the bus queue. Perhaps it’s just a long-held beef you’ve had with someone or a relative that’s disappointed you so often that you believe it cannot come to pass to forgive them without a symbolic battering during the one day of the year that you deign to be in their loathsome company.

Whatever drives you, make it on this day that you punch them in the head, and right after you’ve bruised their peephole, tell ‘em, “Merry Punchmas!”

So, to every kind of fuckwit out there in the world today, we’d love to punch you all in the head, but instead, we’ll just say Merry Punchmas. And hope that something really, really terrible happens to you.