CONSERVATIVES CLAIM NATIONALISM IS ANOTHER NAME FOR DEMOCRATIC PRIDE 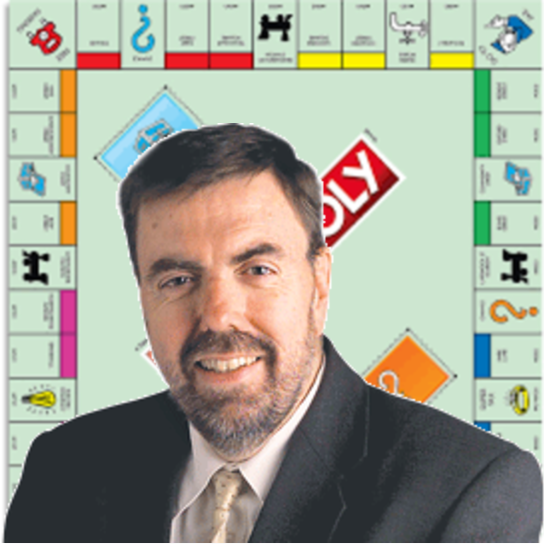 Today in The Australian conservative don Greg Sheridan took a freehold on the word nationalism as it applies to his democratic-capitalist notions of nationhood.

He was still glowing about the election of Boris Johnson, and the defeat of Trotskyite Jeremy Corbyn, and in his effusion, he wrote of “patriotism” and “nationalism” (engaged in these sentiments while writing about a foreign country mind you). We quote:

“Nationalism can be bad, but it is an almost natural force that can also be overwhelmingly good.

Edmund Burke famously declare­d: “To be attached to the subdivision, to love the little platoo­n we belong to in society, is the first principle (the germ as it were) of public affections.

“It is the first link by which we proceed towards a love to our country, and to mankind.”

In other words, decent nationalism is a principle of human solid­arity. It draws people out of themselves and into commitment to their fellows. In societies such as Australia, Britain and the US, it has nothing to do with ethnicity.”

For those who aren’t aware, Sheridan is married to an Indian woman. This excludes him from membership in the true nationalist group, which he abhors anyway.

However, his comments don’t surprise us because the biggest foe ethnonationalism has had since 2014 is the conservative and ‘far-right’ camps, especially when it comes to consuming our demographic, and appropriating our name and symbols.

It is a conscious tactic that the ‘far-right’ use as do those within the Liberal Party employed satellites who misdirect the politically fresh into their camp rather than going down the hated nationalist path.

One of the most obvious examples of conservatives masquerading as nationalists with a good dose of ‘anti-Semitism’ to rope in the naïve and uninformed are the Young Liberals from XYZ. In a recent article, they too equated the election of Boris Johnson with nationalism. Filtering Australian nationalism through Westminster is obscene, it is like routing our coal-fired electricity through new Zealand’s hydro grid then fraudulently selling it back to Aussies as clean energy.

The advent of Reclaim Australia and the United Patriots Front, along with other spawns such as the True Blue Crew, Sons of Odin, Party for Freedom, Rise Up Australia, the Australian Liberty Alliance and Fraser Anning all created a milieu that traded on the pretence of nationalism while steadfastly opposing anybody preaching the real thing.

Known fakers and state operatives such as Shermon Burgess and Neil Erikson were planted in ‘the movement’ to mess things up when they got too organised. Likewise, the now-retired Nick Folkes of Party for Freedom, who was recruited for his predilection for street theatre, flanked by his non-white teen accomplice Toby Cook, waged an obsessive war against ethnonationalists before claiming to be ultra-ethno-nationalist when the Alt-Right thing got big.

None of these people was nationalists but through social-media chicanery managed to have an impact on patriotic politics; a negative impact. Likewise, Blair Cottrell and the UPF, for all their derision of the ‘old people’ and ‘intellectuals’ in nationalism, couldn’t even get past the post. They are gone now and with it all their big talk and arrogance.

They never listened to us and as a result. they suffered all the inevitable consequences we tried warning them about, but that’s the reality of dealing with know-it-all youth it is sad to say.

When the anti-Islam movement went on the decline, those who stuck around chose the other extreme and went ‘Nazi’. As such, groups such as The Lads Society and the Antipodeans, once again ignoring established Australian nationalism, under the leadership of foreign-born leaders, chose to subscribe to the American ‘White nationalist cult’, which is of itself a form of globalism.

Now, we’re very careful here, because we’re not opposed to white nationalism, naturally, because we are ourselves, white nationalists. But a very important lesson must be learned, A) by those who ape the National Socialist movement of 1930s Germany, and B) those who are seduced into the vagueness of the idea of a pan-universal whiteness movement that takes its cue from overseas identities.

In both of these, there is a repudiation of the Australian identity. The ‘Neo-Nazi’ guise is always a subculture that results in gang-type activity. This is just a historical fact as evidenced by events both in Australia and overseas for over 40 years. Groups such as these are always infiltrated and used to criminalise nationalism. The actions of the so-called Bendigo Three who made a video of a mock beheading while being warned not to by a veteran white nationalist have done more to curb freedom of expression than facilitate its cause.

These are people who couldn’t be told. The leader of the now-defunct Lads Society, who openly admits to dealing with police made comments in the media implying use of violence in times to come. He is a dream come true for the state controllers, as are the kids from Antipodean Resistance who provide the forces of Zionism with exactly the Nazi bogeymen that they need to justify budgets and lobbying for greater restrictions on freedom of expression.

But again, these are the extremes, and we were describing the conservatives who see Australia as a ‘western democracy’ and therefore a ‘system’ in which foreigners are not excluded but ‘must assimilate’. To equate their anti-nativist sentiments with nationalism is intolerable.

Be it the case, though, we choose from hereon to use the term ‘nativist’ since its definition is non-ambiguous.

More to the point, it encapsulates the essence of our pride in our Australian heritage, something none of the others can get a fix on. They see only ‘the white race’ without appreciating that diversity of the white race and the many cultures and histories that make it up.

To assert our place in the white struggle, we must embrace who we are and not surrender to some idea that our place is in Europe. Many do have this belief, that we’re just inhabiting this land until the time is right to return to our ancestral homeland. This IS our ancestral homeland now, although we will never forget Europe. But those of us who are more than just a generation away from European immigrants know that we are of this land and are a unique people unto ourselves. We would be robbing the wonder of the white race in all its richness by denying that.

For it is essentially globalism to see, say, a Frenchman as only a white man. Or to disregard a Dane, or a Swede, or an Irishman, Scotsman, and Italian for their heritage and only view them as an ally for WN and so forth. Just like the South African farmers, they are not looking for asylum, but to protect themselves and stay on their home soil despite the conservatives lobbying to bring them all here.

Nativism knows the golden rule. Meanwhile, conservatism cannot exist independent of Zionism and Greg Sheridan is one of the biggest Zionists out there.

THE NAZIS AND WHITE AUSTRALIA