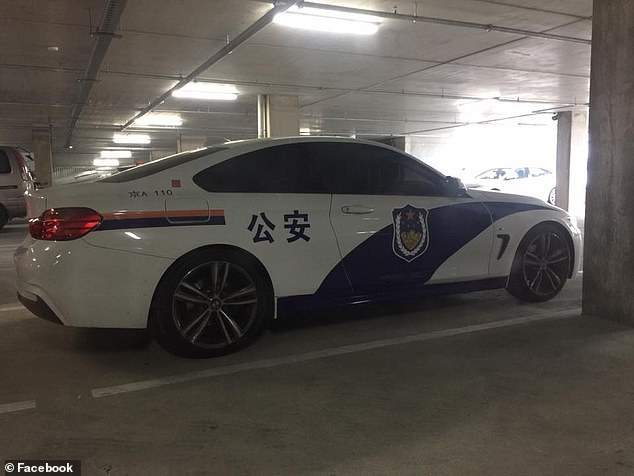 More fake Panda cars have been spotted around the country since the last was sighted in Perth. A Panda car is a Chinese police car and it’s about as indigenous to Australia as Senator Penny Wong, the Malaysian-born lesbian Labor senator married to an Australian woman.

The purpose of these Chinese cop car lookalikes is to put the fear of Chairman Mao into the dissident Chinese over here making a noise about the Hong Kong protesters. Since we’re Australian and consider Hong Kong a city best razed to the ground and then crop dusted with radioactive waste, its fate is of nil interest to us.

Hong Kong, as we already said in our last article, is an MSG-flavoured version of New York, driven by international finance and criminal money laundering. The city is so filthy that even the rats are forced to wear surgical masks. The average Hong Konger is typically living in a space no bigger than Clive Palmer’s lunchbox. In fact, that’s probably not a good comparison, since Clive’s tuckerbox is big enough to house an elephant.

But the Chinese government is showing that it cares very little for Australian sovereignty and just as they sailed their warships into Sydney Harbour, so their agents perform brazen stunts like this to ensure Beijing’s rule of law on our streets.

As we recently reported, the cars are done up to look enough like a genuine Ching Chong cop mobile replete with logos, stencils and Chinese hieroglyphics. They drive around neighbourhoods with large Chinese communities, which account for 90% of our city suburbs.

Nervous Chinamen who reported the sightings in Perth were fobbed off by a wimpy WA police sergeant who argued that there is no law preventing this. However, this is a mere technicality. A higher law would compel a patriotic police officer with a sturdy set of Johnsons to pull over these ersatz police vehicles and run the book on every single possible motor vehicle regulation. For, if anyone is going to terrorise Chinamen in Australia, it’s us. Beijing’s spooks are at the top of our list. Cops should be checking these cars’ tyres, running license checks, looking for tinting, illegal modifications and finally planting drugs on the gooks failing all else.

If they start yowling about ‘Beijing’ and ‘ambassadors’ and ‘my country’s bigger than your country’ then there is plenty of lonely bushland about where they can be driven and given a swift impersonal lecture on the sovereignty of this great land as they’re forced into an open ditch.

Indeed, the most recent sighting has also placed these fake Pandas in South Australia, home of the Snowtown Murders. There is certain to be a few unused barrels left over from the converted bank vault where John Bunting and his pals plied their craft.

It’s hard to hear a Beijing spook scream when you tighten that lid down on the drum barrel and load it on the back of a flatbed truck. And when you roll it over the side of a quarry, it’s even harder to hear their shrill, insect-like screeching.

Never forget how tens of thousands of these yellow rats turned out in Canberra in 2008 when the Olympic Torch from the Beijing Olympic Games was travelling through. They were there to counter pro-Tibet supporters. It turned into a scene of an invasion, with hardworking Aussies caught up in the ruckus, pushed, shoved, kicked and punched by the massive throng of possum killing Chinese students.

The cops, as usual, did nothing but eat doughnuts, but those of us who remember have wanted to get even for that day, simply on general principle.

This is bearing in mind that the Beijing agents have been particularly active on our streets as these protests break out in our major cities. How long until they start targeting Aussies who get in their way?

If the cops haven’t the fortitude then we’d like to break the golden rule and incite mega violence against fake panda cars. You aren’t really an Aussie if you don’t heed our call to break a window or shove a potato up its exhaust pipe. We especially call on all patriotic truckies to give them a taste of a Kenworth road train in a very one-sided game of road chicken.

If nothing else, we’re full of great original ideas.