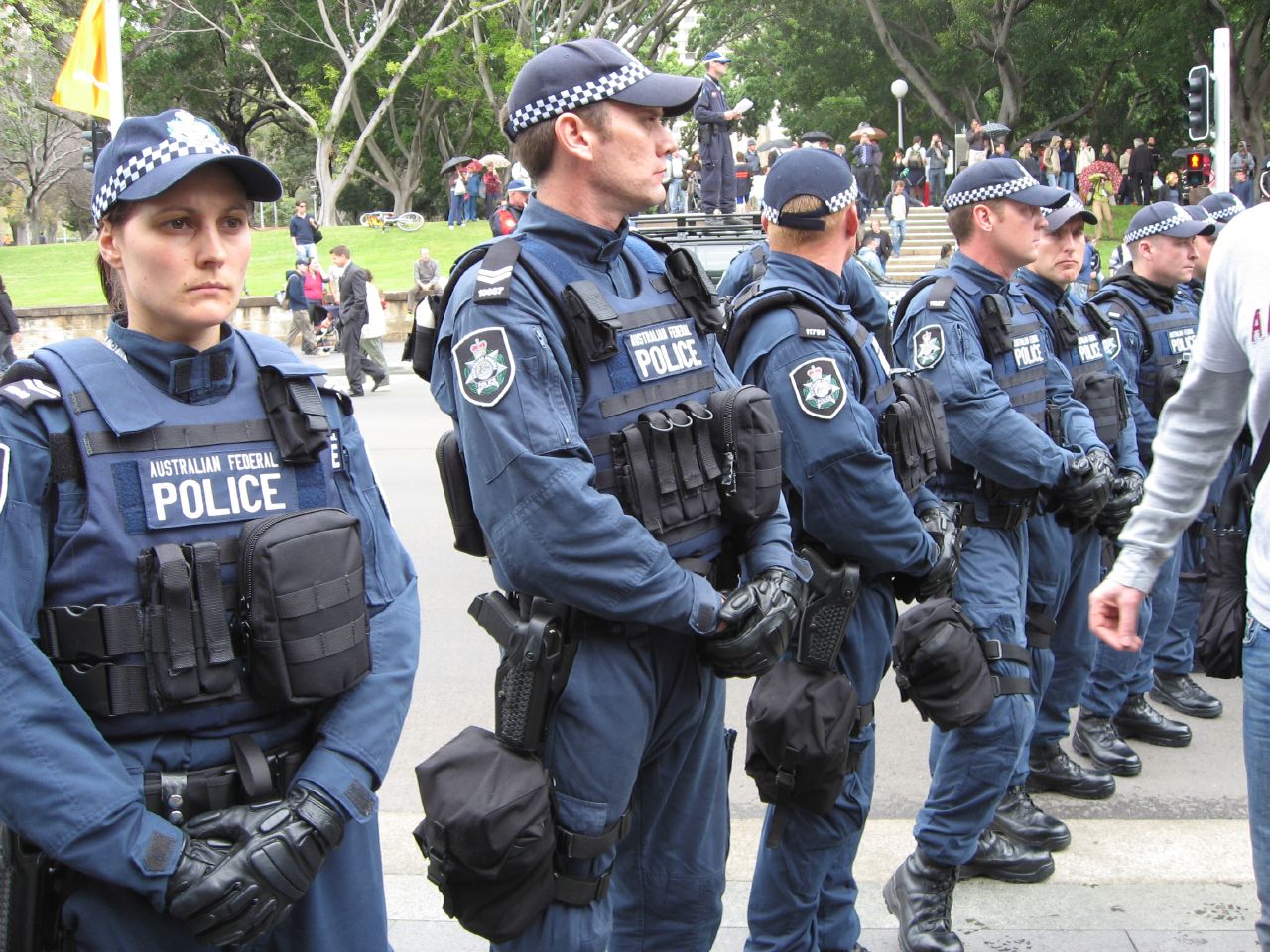 Much liberal angst has been expressed about “authoritarianism” creeping in post-ABC raids. We say liberal, but these days that suggests a more centred position, and many of these voices are a click too far from the liberal on the political spectrum. But there have been protesting voices from the Murdoch press and the more articulate too. Those libertarians among them are not amused.

Yet, for some time now, those of us in the Nationalist movement have been victims of the most egregious attacks upon our freedoms.

New Australian Bulletin, in an exclusive, revealed how Australia First Party President Jim Saleam — long a target of the establishment — has been refused service at Westpac Bank, which currently holds the Australia First Party accounts. No reason was given for them suddenly ‘banning’ him from holding any accounts but a reference to vague ‘terms and conditions’ was made.

In 2016, members of the now defunct Civic Patriot outfit United Patriots Front were charged with inciting serious ridicule or contempt against Moslems, a charge which became a conviction for the three accused.

Following the Christchurch mosque shootings, the Federal Police acting with their state counterparts began cracking down on what they lump together as ‘the far right’. Nathan Sykes, the former editor of United Nationalists Australia, and also an Australia First member, was arrested on five charges of misusing a carriage service. His arrest came days after Facebook removed both him and Jim Saleam’s accounts and Nine published an article effectively demanding Sykes be arrested.

This all followed UNA’s publishing a lengthy and chilling assessment of the Christchurch shootings which highlighted certain incongruities in the reporting of the news as well as in the details surrounding it. The UNA blog was subsequently banned by WordPress following intervention by the federal government.

Sykes is currently under a prohibitive order in Victoria that prevents him from revealing what he calls the “disturbing truth” behind his case. He says it was all a coordinated operation between Victorian and NSW Police and the media to stitch him up. The national press has all but convicted him and “the real guilty party” has been given a free pass. But Sykes argues that NSW Police blocked every attempt by him to make a serious complaint against a relevant person.

Even worse, when CFMEU and Antifa thug David Gullis attacked his apartment in the early hours of the morning of December 7, 2017, following other death threats he’d reported to Police, nothing was done despite Sykes having CCTV footage of him in the act.

A magistrate at Newtown Local Court effectively told him that no Apprehended Violence Order could be issued unless Sykes himself located his address. It turned out, Gullis had numerous complaints against him, so Newtown Police were well aware of him. Sykes goes to court again in July where he will plead not guilty.

So, where are the concerned conservatives and Liberals? Are they only worried about ‘authoritarianism’ when it applies to their own camp? Well, that’s a rhetorical question. Those on what is often called The Left have been howling advocates of authoritarianism. Greens leader Richard De Natale is one of the most vociferous for enacting laws to silence political opponents. Thankfully, the Greens keep plummeting in relevance each time an election is held, but their desires make a mockery of their condemnation of ‘the far right’ as being Nazis when they wish for a rainbow Gestapo.

The right points the finger at the left for the advancement of authoritarianism, the left at the right, but both ignore those in the third position who oppose what is both their sacred cow: multi-racialism. To criticise the concept of globalism is to lose one’s rights and liberty and both Sykes and Saleam can attest to that. What worries Sykes the most is the number of characters who came within the movement’s gravitational pull and who link back to persons involved in setting him up. He says, “They have advocated the most criminal acts, and the Police know about it. Yet, they also connect to mainstream conservatives and therefore get a free pass.’

“Take a look at Neil Erikson for instance. He certainly did receive money from the Liberals even though he weakly tried denying it. When he was facing jail, he recanted. Given that it’s almost certainly Liberal Party forces compelling circumstances around Jim Saleam and me, you wonder what truly constitutes a crime if the criminals pronounce you guilty of a crime that doesn’t exist. What’s more, regardless of how mine is one of the worst cases of an authoritarian state breaching personal liberty, I have no advocates.”

One thought on “NATIONALISTS TARGETED IN NEW AUSTRALIAN POLICE STATE”